Tea for Two, but Are Alleged Health Benefits True? 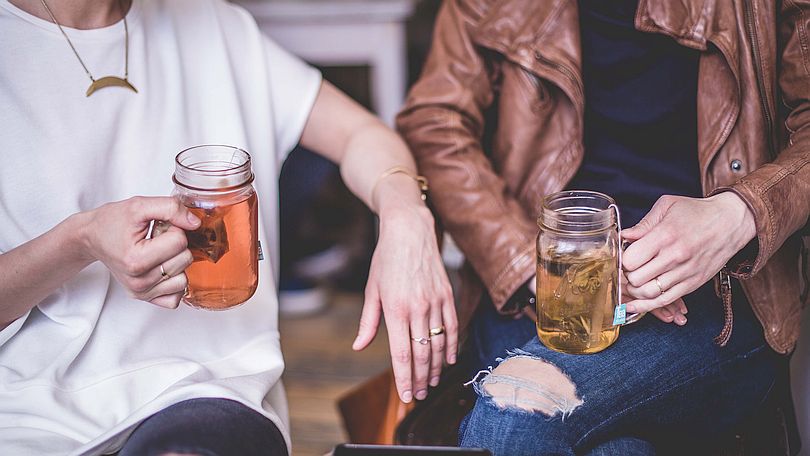 Let’s cut to the chase by answering the question posed in the title of this article. Yes, the alleged health benefits are true, or at least appear to be true, but such a declaration comes with several caveats. One qualifier is that not all teas sold on the market are real teas – those being ones derived from the Camellia sinensis plant. Plus, actual testing of tea’s beneficial potencies has been limited to animals and not humans, so we can’t quite say ‘yeah’ with 100 percent confidence.

We do know that whatever health properties teas do possess seem to be associated primarily with the polyphenols and phytochemicals found in the four sinensis varieties of tea: green, black, white, and oolong, per healthland.time.com. A fifth such tea, pu-erh tea, is identified by webmd.com. Also, as pointed out at health.harvard.edu, be mindful that tea alone is no all-powerful “super drink.”

“Tea consumption, especially green tea, may not be the magic bullet, but it can be incorporated in an overall healthy diet with whole grains, fish, fruits and vegetables, and less red and processed meat,” says Qi Sun, an assistant professor in the Department of Nutrition, Harvard School of Public Health, quoted at health.harvard.edu.

How Do Polyphenols Work?

Polyphenols – catechins and epicatechins are the key such chemicals in tea – are antioxidants that are enhanced when going through the fermentation process used, for example, to produce green tea. As antioxidants they attach themselves to and then neutralize oxidants that prove harmful in attacking the walls of arteries and even playing a part in cardiovascular disease.

The consumption of tea also has been linked to a reduced risk of developing diabetes, as determined by a study of tea drinkers utilizing circumstantial evidence that involved doctors and nurses at the Harvard School of Public Health. Researchers following these groups concluded that tea drinkers, over time, are less likely to develop diabetes when compared to people who drank less tea. That seemed consistent with other research that demonstrates how polyphenols can help regulate blood glucose (sugar) levels.

As is the case with coffee, though, tea drinkers are warned about consuming excess amounts of tea, which, like coffee, contains caffeine and can cause the “jitters” and perhaps speed up the heart rate.

The Health Benefits of Tea

Most tea aficionados will tell you that the pros of drinking tea, especially those packed with polyphenols, have benefits that far outnumber the cons, whatever those might be. Following is a rundown of some of those health benefits: