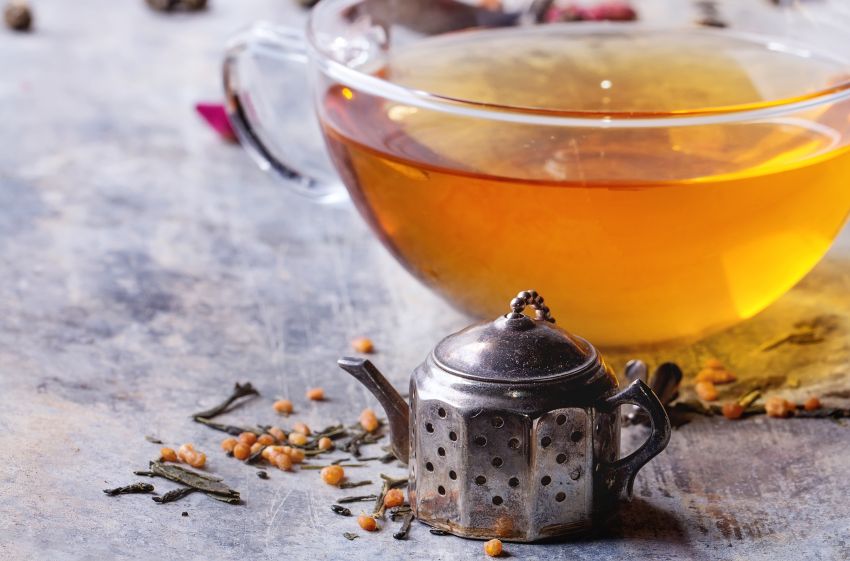 The choices people make in life often help define them. Paper or plastic? Winter Olympics or Summer Olympics? For guys, Ginger or Mary Ann? Then there’s coffee or tea? Regarding the latter, a handful of drinkers swear by both, but in most cases it’s one or the other, and, in terms of health, neither really is a bad choice (unless you abuse them). Most coffees have more caffeine than most teas do, but teas do a bang-up job when it comes to providing health benefits.

Not all “teas” are actually teas. Purists consider only those teas that are derived from the Camellia sinensis plant, a shrub native to India and China, as the real thing, per webmd.com. Only five types of teas fit into that category – green tea, black tea, white tea, oolong tea, and puerh tea, each of which contain antioxidants known as “flavonoids,” that help in warding off free radicals that can lead to heart disease, clogged arteries, and other serious conditions and diseases.

As healthy as teas can be, however, they are not magic bullets – that is, they can’t prevent or cure diseases, although ample research has shown them apparently able to reduce the severity of health-related issues, such as lowering high blood pressure and reducing the risk of diabetes and possibly cardiovascular disease, per health.harvard.edu.

Many teas contain health-promoting substances called polyphenols – a group that includes flavonoids – in particular, catechins and epicatechins, which, as shown in various studies, are molecules that offer anti-inflammatory properties as well as antioxidants. It’s interesting to note that polyphenols also can be found in coffees. So, folks, drink up, but just not too much. Too much of anything with caffeine in it can produce the “jitters,” or worse. Like with most anything else, moderation is key.

And to all of you iced-tea drinkers out there – the more you sweeten your tea, the less healthy it is for you. A cup of tea usually only contains a few calories, but tea beverages sweetened by processed sugar is loaded with extra calories. “If there are any health benefits to green tea consumption, it’s probably completely offset by adding sugar,” says Qi Sun, an assistant professor in nutrition at Harvard, quoted at health.harvard.edu.

An Inventory of Tea’s Health Benefits

As a whole, teas can provide a wide assortment of health benefits, with some performing better in some health areas than others, and vice versa. Here are some of the many possible ways in which tea – coffee’s “little cousin” – can rock your health, as healthland.time.com puts it: