Your Pain from Migraines Is Very Treatable 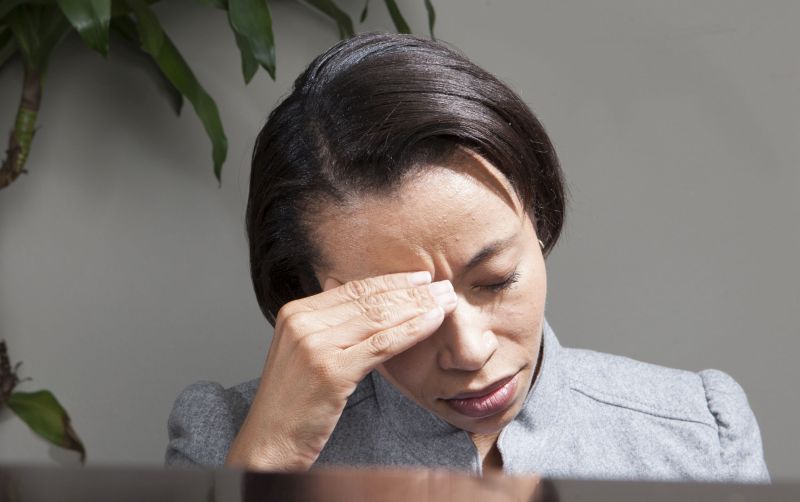 It often begins with seemingly unrelated symptoms such as constipation, hyperactivity, neck stiffness and/or uncontrollable yawning. Then it typically progresses into an aura stage often accompanied by visual disturbances such as flashes of light or issues related to touch, movement or speech. After that comes the actual onslaught of a full-blown headache or series of headaches lasting four to 72 hours.

Say howdy to a migraine headache, which, according to mayoclinic.org, "can cause intense throbbing or a pulsing sensation in one area of the head and is commonly accompanied by nausea, vomiting, and extreme sensitivity to light and sound." Translated, that's a whole lot of misery, more intense and longer-lasting than your garden-variety headache from a cold or, a hangover treatable with pain relievers such as aspirin or ibuprofen along with rest.

Based on what medical science, like neurology, now knows, genetics (family history) and environmental factors apparently play a part in the onset of migraines. More than likely, something, too, is amiss with the nervous system, as suggested by some of the precursor symptoms described above. The Mayo Clinic mentions changes in the brainstem and its interactions with the trigeminal nerve pathway as a cause, along with out-of-balance brain chemicals, such as serotonin.

Other migraine causes or factors identified at webmd.com include hormonal changes in women; certain foods and drinks with triggers such as tyramine (a natural substance found especially in aged cheeses, smoked fish, cured meat and some types of beer); sleep deficiency; overweight children; and medications, such as nitroglycerin, beta blockers, NSAIDs, and some antibiotics. Consult with your physician to get more details specific to your own health and possible prescription-drug interactions.

The list of possible causes goes on: drinking alcohol (red wine, for example); ingesting foods or drinks containing MSG or high in caffeine or nitrates and nitrites; oral contraception; stress in your work or personal life; and environmental factors such as glaring lights, strong smells, weather changes or high altitudes. According to everydayhealth.com: "Two conditions found to exist in a high proportion of people who have migraines are depression and anxiety, though the reason for this is unclear." Also mentioned are cardiovascular disease and nasal and sinus inflammation.

If this is beginning to sound, good grief, like scratching your head or trimming your toenails will cause migraines, the intent here is not to alarm you or add to your stress. It's to give you a list of things to consider and check or cross off should you have to suffer through a migraine, which also can result from a concussion, such as those incurred in a high-contact sport such as football, basketball and soccer.

Here are some stats compiled from various sources: about 12 percent of Americans get migraine headaches; up to 90 percent of people suffering from them have a family history of migraines; women are three times more likely than men to get them; and the onset of migraines typically takes place between the ages of five and 35, although medicalnewstoday.com pegs the age range as 15-55.

There are no known cures for migraines – that is, none that will totally prevent them forevermore – but there are proven relief strategies to help reduce the pain before it eventually fades away on its own, most likely within a few days. Many sufferers get relief by resting in a darkened room. There also are preventative measures such as relaxation training, cognitive-behavioral therapy (stress management) and regular exercise, i.e., walking, biking or swimming to help reduce stress. Also, consider reducing or even eliminating alcohol from your menu: look at it this way, and you know this if you've ever had an honest-to-goodness migraine – what you gain from keeping the next migraine from occurring trumps whatever "benefits" a moderate amount of alcohol can do for you in the short term (along with no driving).

Medications are available. OTC medications such as ibuprofen, naproxen and acetaminophen offer relief until the pain dissipates. There are also migraine-specific medications like triptans and dihydroergotamine, which are among those available by prescription that have been reviewed by The American Headache Society, according to medicalnewstoday.com. Note this, however: if you experience an abrupt, severe headache like a thunderclap (mayoclinic.org), a headache accompanied by fever, stiff neck, mental confusion, etc. or some other severe symptoms that fall outside typical migraine symptoms, it's time to see your doctor or get to an ER immediately. With migraines, it's always important to use your head.