When Bronchitis Tries to Get you Down, Fight Back! 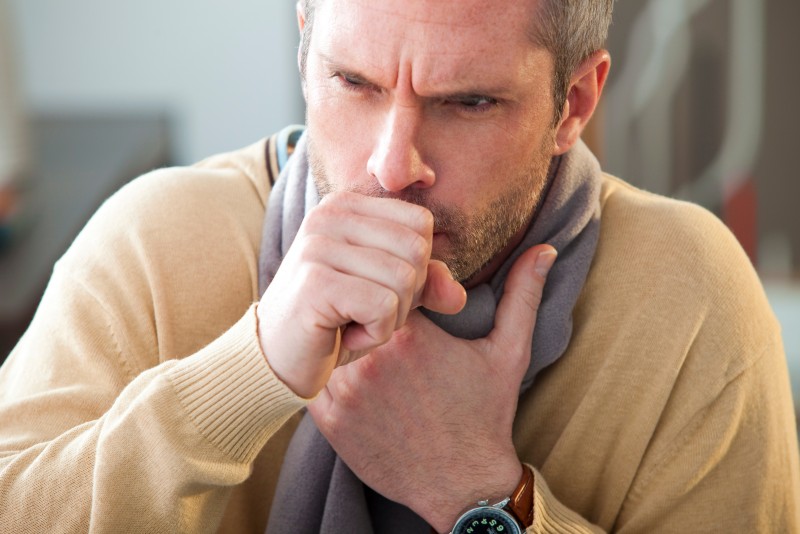 Bronchitis is an inflammatory disease of the bronchial tubes. In fact, it is a fairly common ailment that a good portion of people experience at some point in their lives. Here is look at bronchitis, and some supplements and remedies that can help mitigate the severity and duration of bronchitis.

Bronchitis is an inflammatory disease that affects the bronchial tubes. Bronchitis can be either acute or chronic, with these being considered separate diagnoses, often with different causes. Mucus production, and its expulsion through frequent coughing, is foremost among the symptoms of bronchitis. Other typical symptoms include fatigue, chest discomfort, shortness of breath, fever and chills.

Acute bronchitis is usually viral, caused by the same infection that causes the common cold. It can set in while cold symptoms are occurring, and a cough can linger for up to several weeks after cold symptoms subside. Conversely, chronic bronchitis is often caused by cigarette smoking, and can also be caused by exposure to pollution or irritants in the air. The remedies discussed hereafter are intended to help mitigate acute bronchitis.

It should be noted that most cases of acute bronchitis subside within two weeks without medical treatment. Circumstances that warrant seeing a doctor include a cough that lasts longer than three weeks, trouble sleeping, wheezing/shortness of breath, discolored mucus, and a fever that is over 100.4 degrees Fahrenheit.

The following natural remedies and supplements can be useful in either reducing the severity of bronchitis symptoms, their duration, or both. In addition to rest, these can potentially be great aids in recovering from a bout of bronchitis.

Ginger is touted for its anti-inflammatory properties. Ginger taken orally (or with food) can be helpful in reducing the inflammation associated with respiratory infections, including bronchitis.

Vitamin C is a vital aid to the body during infections. Supplementing with vitamin C can bolster the immune system, thereby reducing both the duration and severity of viral respiratory complications.1,000mg per day is recommended at the very onset of symptoms, but if symptoms are already occurring, then loading up with 4,000mg or more is ideal to combat symptoms.

N-acetylcysteine is a compound that can help decrease the frequency and severity of coughing attacks. This is because it increases levels of glutathione, and thinning mucus that is produced during bronchitis. It is helpful because it makes it easier for your body to expel mucus.

Astragalus root is very healthy for the immune system. It has been shown to both help the body fight infections and strengthen weak lungs during an infection. It should be noted that astragalus should not be taken by someone experiencing a fever.

Bronchitis, like the common cold or other relatively mild ailments, can and should be combatted. The above remedies can make a real difference in reducing the severity of bronchitis symptoms, and even reducing its duration. We recommend that you talk to a medical professional before using these remedies to treat bronchitis.