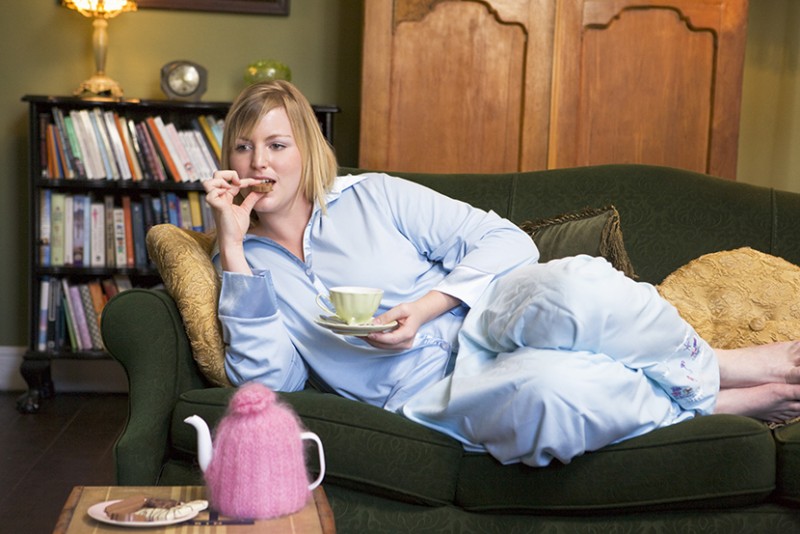 Two-thirds of American adults are either obese or overweight, according to the Centers for Disease Control and Prevention (CDC). The obesity rate among women in their 40s and 50s has risen to 42 percent compared to 38 percent among middle-aged men. Across all adult age groups, in terms of obesity rate, women are at 38 percent compared to 34 percent of men – the obesity rate for women is on the rise, while it has plateaued for men.

Looking at it another way: today’s average U.S. woman, at 166 pounds, weighs the same as the average American male of the 1960s.

The obesity rates among women are even more pronounced for some minorities. Fifty-seven percent of African-American women are considered obese (defined as a body mass index [BMI] of 30 or more), with 46 percent of Hispanic women filling out that box on the checklist of health concerns. “The biggest problem is that the obesity rate among low-income Americans and minorities are not improving,” said University of North Carolina obesity expert Barry Popkin, quoted at npr.org.

Researchers for a study published in 2016 in the journal JAMA, per time.com, found that between 2005 and 2014 there were “significant and steady increases in the number of American women who were very obese.” American adults are fatter than ever – in less than 40 years, per health.harvard.edu, the prevalence of obesity in the U.S. has increased by a whopping 50-plus percent.

Scientists still struggle to determine the exact cause(s) of obesity. A 2012 article at health.harvard.edu posits that genetics may be in part responsible along with various combinations of hormonal, metabolic and behavioral aspects. Also to be considered are the use of antibiotics in food production and medicine, growth-enhancing drugs used on food animals, artificial sweeteners, pesticide chemicals that are known endocrine disruptors and even the borderline brainwashing marketing tactics used by the purveyors of fast food.

Ultimately, we are all individually responsible for what we put into our bodies, but there’s no question there are agricultural, food-processing and marketing forces at work in the U.S. (and elsewhere around the world) that make being a fully informed (and disciplined eater) a nearly impossible task. Case in point: sugar beets, a common source of what American consumers know as “regular sugar,” which reportedly has been genetically engineered and therefore may in fact be toxic, “courtesy of elevated pesticide contamination,” as renowned health expert Dr. Joseph Mercola puts it.

Following is a summary of the factors most often identified as key contributors to weight gain in America. Want to lose weight? Consider doing something about whichever of these you have control over: