What Is Iodine and What Can It Do For You? 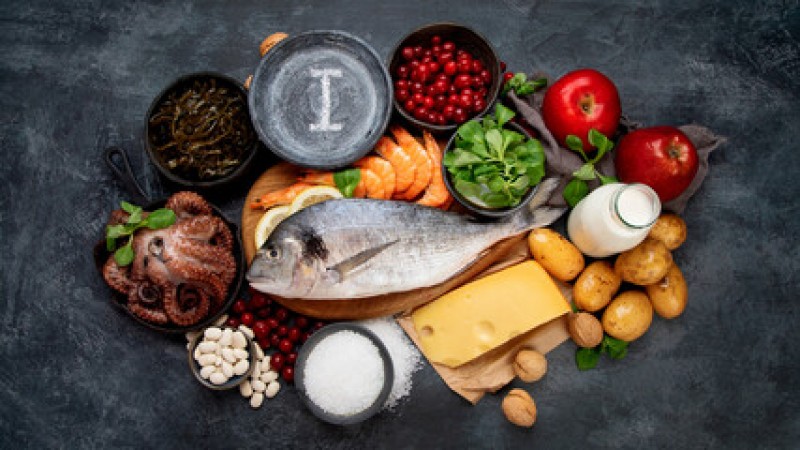 There are only a small number of supplements that are material elements, and iodine is one of them. This mineral is considered an essential mineral for human consumption. Iodine has various potential uses and reasons for consideration as a dietary supplement.

Iodine is a mineral element that occurs naturally in some foods. It most often is found in the state of a salt, which is called iodide, and therefore has some different qualities than iodine in its most rudimentary physical form.

The earth’s soil contains iodine, and it therefore occurs in many foods. Plant foods containing a significant amount of iodine include various types of seaweed, but only small amounts in some other plants. Iodized salt is a great source of iodine. There is a substantial amount of iodine present in bread, as well as various animal foods including fish and other seafood, as well as eggs and dairy products (milk and yogurt). Iodine is also present in human breast milk.

What Does Iodine Do?

Iodine is necessary for a variety of important bodily processes. It is considered “essential” because it must be sourced externally to the human body through foods or supplements, as the body does not produce or contain it.

The primary necessity for the consumption of iodine is for proper functioning of the thyroid. Iodine “is a critical nutrient for proper health at all life stages.” It is an important component of two thyroid hormones known as thyroxine (T4) and triiodothyronine, which contribute protein synthesis and metabolic function, among many other things. Iodine is thought to play other important roles as well.

Reasons to Supplement with Iodine

Reducing the incidence of goiters, which is an enlarged prostate, is made possible by ensuring that you are consuming enough iodine. A goiter can develop for a variety of reasons, and one of the leading reasons worldwide is iodine deficiency. This deficiency is not as common in the U.S. as it is in nations where iodine is not significantly present in the soil.

Ensuring proper fetal development means getting enough iodine. During pregnancy, a fetus relies entirely on its mother for iodine because the fetal thyroid gland is still incomplete. Fetuses and also infants are sensitive to iodine deficiency, and deficiency during fetal development can cause birth defects.

The necessity of iodine demands that it be regarded as a vital consumable. All things considered, iodine could be said to be as important as any other mineral or vitamin. If you even suspect that you or your child might be deficient in iodine, speak to your doctor about supplementing with iodine. This is important because iodine can interact with some medications.