What Is an Ulcer and What Can You Do About It? 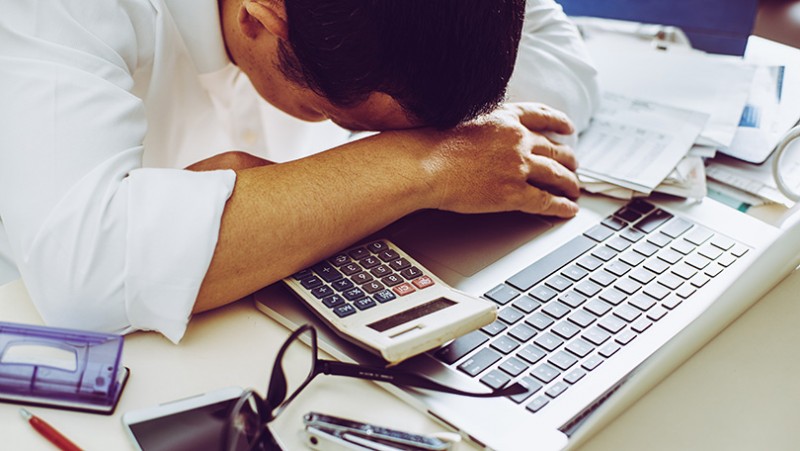 There’s nothing like the sight of sticky mucus to make us grimace or get grossed out, but when it comes to the health of our stomach – and our overall health at that – sticky mucus is a good thing. When our stomach is healthy, it is coated in a layer of that stuff, but when an unwanted toxin eats away at it, possibly resulting in a painful and sometimes bloody open sore, you likely have what’s known as an ulcer. Some are tiny while others may be over an inch long, but once we get them, the immediate goal becomes getting rid of them.

You’ve probably heard it for years: you or someone you know gets stressed out, and the next thing you hear is someone else saying, “Hey, take it easy or you’ll get an ulcer,” or something to that effect. Well, stress used to be assumed as the primary cause of an ulcer (eating a lot of spicy food, too), but in recent decades medical experts have pegged other factors as more likely the culprits behind the formation of ulcers.

Stress still factors in to some ulcers, but medical science has recently pegged a gut bacteria known as Helicobacter pylori (H. pylori), per webmd.com, as the most frequent cause of ulcers, inflaming your stomach to the point where an ulcer forms. By the age of sixty, it is believed that about half of all people have been infected by H. Pylori, although in many people it lies dormant without causing any ill effects.

Another possible factor could be long-term use of nonsteroidal anti-inflammatory drugs (NSAIDs) such as aspirin, ibuprofen, or naproxen, per healthline.com. A third, albeit less-common cause is what’s known as Zollinger-Ellison syndrome. It can cause stomach and intestinal ulcers by ramping up your body’s production of acid, although this condition is believed to be the cause of less than 1 percent of all peptic ulcers.

Other contributing factors can include, yes, sustained stress, cigarette smoking, excessive alcohol use, growth of tumors, weakened immune system, and older age (the peak age for ulcers is between 55 and 65 years of age, with women more likely to have ulcers than men). Some research has also shown a genetic factor in that ulcers can run in families. It has been estimated that about five million people suffer from ulcers at any given time.

Identify Symptoms of an Ulcer

One of the most common symptoms of an ulcer is burning pain running between your breastbone and belly button. It can last anywhere from a few minutes to several hours and seems to appear most often or feel worse when you are between meals – those times in which you don’t have any food in your stomach, per webmd.com. Here are some other symptoms to be aware of:

If you have an ulcer, what’s going on inside of you is that hydrochloric acid and pepsin (a digestive enzyme that breaks down proteins) build up and ravage parts of the gastrointestinal tract lining. Usually, that thick mucus coating we discussed earlier acts as a buffer between the stomach lining and the acids residing within the stomach, per draxe.com. The mucus coating itself also generates certain compounds to help repair the stomach lining while also stimulating cellular renewal processes. But when that process becomes disrupted, the GI tract is left exposed, leaving it susceptible to the formation of the sores known as ulcers.

Avoiding and Treating an Ulcer

While the occurrence of ulcers can be painful, life disrupting, and worrisome, the good news is that up to 90 percent of all cases, per draxe.com, can be resolved without surgery or serious use of medicines. If you suspect you might have an ulcer, see your doctor. He or she can test you in various ways, such as testing your breath and/or stool to see if there is evidence of the H. pylori germ. Another option is a stomach x-ray that involves a Barium swallow,” per webmd.com, in which the patient drinks a thick, white liquid that coats your stomach and makes ulcers easy to locate. Another procedure is an endoscopy that involves inserting a thin tube with a camera down your throat (you are given a sedative) and into your stomach.

Here are some things you can do to reduce your risk of getting an ulcer or to help make one go away (even within a few weeks, with dedicated effort):