What Does It Mean Being Gluten-Free? 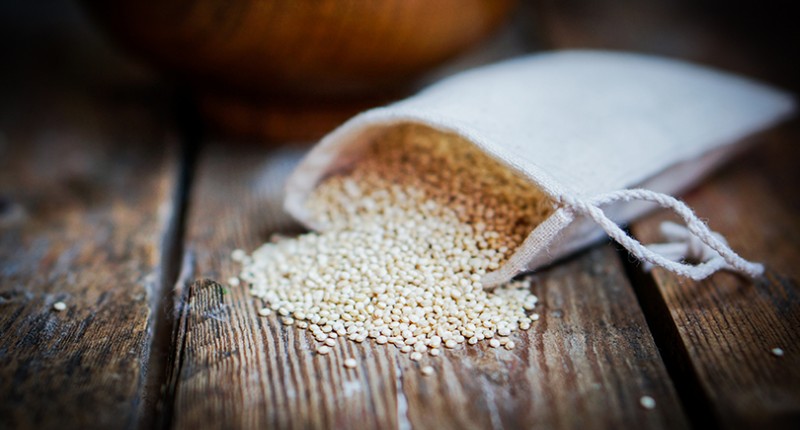 The bombardment of advertising and other messages proclaiming and touting the arrival of “gluten-free” products onto store shelves has seemingly cooled off in the last year or two. Take that as a sign that “gluten-free” has become a routine part of our lives, although the availability of gluten-free products is not routine for one group of people – those who are afflicted with celiac disease, a disease of the immune system estimated to affect about 3 million Americans.

What Does Celiac Disease Entail?

For anyone with celiac disease, the consumption of gluten can cause a reaction in their immune system harmful to the absorptive surface of the small intestine, per medicalnewstoday.com. That might not sound significant, until you realize that such a condition can block the bloodstream’s absorption of key nutrients such as fats, carbohydrates, proteins, vitamins, and minerals – essentially, many of the nutrients that we need to live a healthy life, or life at all, for that matter.

The following conditions can be experienced by someone who has celiac disease, per medicalnewstoday.com:

Complications from the disease can include intestinal cancers, short stature and stunted growth, infertility, miscarriage, nutritional deficiencies, and osteoporosis.

It’s worth noting, too, that many people without a gluten-related medical condition (other such conditions can include wheat allergy, non-celiac gluten sensitivity, and gluten ataxia [an autoimmune disorder affecting certain nerve tissues and causing muscle control issues] enjoy a gluten-free diet for purported benefits that include improved health, weight loss, and bolstered energy. Products such as gluten-free flour or gluten-free pancake and waffle mix have made it more mainstream to and easy to access in home and still get some nutritional needs. However, it should also be noted that such proponents of a gluten-free diet might be unwittingly denying themselves nutritional needs such as fiber, vitamins, and other nutrients.

Have you ever pressed a slice of bread to your face and experienced it stretching as you play with it like a mask? That stretching property comes from the gluten that is in the bread. In a more scientific description, gluten is the protein that causes this immune system reaction due to the presence of prolamins gliadin (contained in wheat), secalin (barley), and hordein (rye). Several types of oats might also contain gluten, the result, per mayoclinic.org, of contamination during simultaneous production of wheat, barley, or rye, as is also possible with some crossbred grains like triticale.

Be aware that the three grains – wheat, barley, and rye – often are standard ingredients in many other products, with wheat or wheat gluten sometimes used as a thickening or binding agent as well as for flavoring or coloring, per mayoclinic.org. If you are gluten sensitive, be sure to read the labels of ALL food and drink items you purchase at the store. Know what you are putting into your body.

Some of the foods celiac disease sufferers should avoid unless they are labeled “gluten-free” include beer/ale (etc.), breads, cakes/pies, cereals, cookies, crackers, French fries, hot dogs and other processed lunch meats, salad dressings, soups, and vegetables already in sauce. Yup, add communion wafers in there as well.

What Does Gluten-Free Mean?

Gluten-free means slightly different things to different people depending on how the term is used. If you have celiac disease or any other related condition that puts you in the gluten-free zone, it means carefully avoiding any consumable – food or beverage – that even has the slightest chance of containing gluten – at least knowingly to the person involved.

For the Food and Drug Administration, though, “gluten-free” on labeling is an assurance by the manufacturer or producer that the food or drink item contains less than 20 parts per million of gluten, per mayoclinic.org. Among the foods that can lawfully carry these “gluten-free” labels are naturally gluten-free food; a prepared food without any ingredients containing gluten; food that has not been cross-contaminated with gluten-containing ingredients during production; and food with an ingredient that contained gluten removed during processing.

It gets a bit more complicated when it comes to beverages. Per mayoclinic.org, alcoholic beverages produced from naturally gluten-free ingredients, such as gapes or juniper berries, may be sold with a “gluten-free” label. Such a beverage in which a gluten-containing grain was used can carry a label that’s says the beverage was “processed,” “treated,” or “crafted” to remove gluten – with the added label statement that the drink’s gluten content cannot be determined, and the beverage may contain some gluten.

When it comes to prescription and over-the-counter medications, you are advised to consult with your doctor or pharmacist about the drugs you are taking, because some of these medications might be using wheat gluten as a binding agent. Dietary supplements that contain wheat gluten must have “wheat” stated on the packaging label.