What Can I Do to Get Rid of Belly Fat? 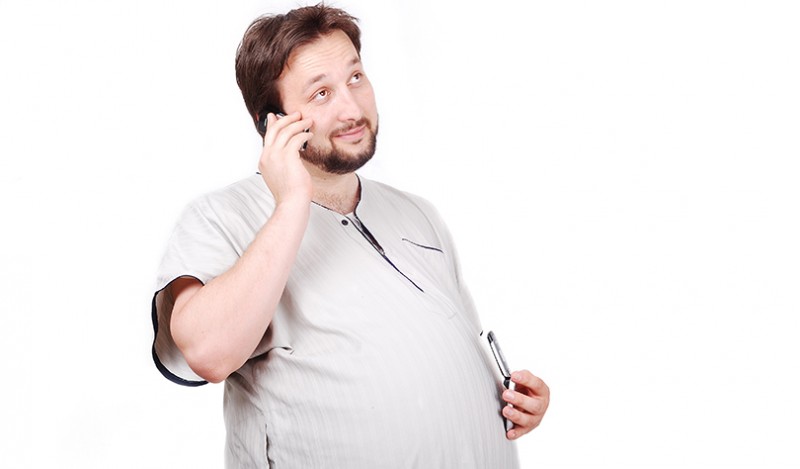 Big bellies long have been a source of light-hearted humor, a means to fill roles as Santa Claus at Christmastime, and a source of pride for sumo wrestlers, but for most of us it’s not a goal to aspire to. We now know from health science that excessive fat in the abdominal area has been associated with diseases such as heart disease and type 2 diabetes. Shedding a good portion of your oversized belly is a good idea if you want to live a long, healthy life.

When it comes to measuring belly fat, the most common method is by using a tape measure and measuring the circumference of your waist. It is generally considered that anything above 40 inches for men and 35 inches for women constitutes abdominal obesity, per healthline.com, meaning it’s time to start shedding pounds through diet and exercise so you can start tightening your belt another notch or two at a time over time.

Why Is Belly Fat Such a Big Concern?

As you might already know, not all fat is the same; there is good fat, such as heart-healthy omega-3’s, like that found in fish oils; and then there is bad fat, like that fat found near your waistline – what’s also known as a “middle-aged spread,” a term that sounds more endearing than it deserves to be.

As people age, their proportion of body fat to body weight inches up. That’s more so in women than men, and those extra pounds tend to accumulate around the midsection, per health.harvard.edu. All belly fat is not equal, either. In fact, there are layers of it: the “top layer” is subcutaneous fat, the kind you can grab and squeeze with your hand, and then there’s visceral fat, which is deeper, beneath the surface and within the abdominal cavity, out of reach and filling the space between your abdominal organs.

It is that out-of-reach fat, the visceral variety, that has been linked to metabolic disturbances, per health.harvard.edu, as well as to the increased risk of cardiovascular disease and type 2 diabetes, and, for women, it is associated with breast cancer and the need for gallbladder surgery.

How to Reduce Belly Fat and Enhance Health

First, it is almost impossible to spot-reduce specific fat, such as that residing in your belly, per livestrong.edu. But if you make a sustained effort to burn fat in general, such as through exercise and diet, belly fat should come off along with other unwanted fat, making for a more holistic approach that benefits you all-around. A consultation with your physician should be in order before you dive into any sort of dedicated fat-loss plan, but following are some suggestions to help you lose that apple or pear-shape and get you back on the road to a healthier body: