What Are the Health Benefits of Ginger? 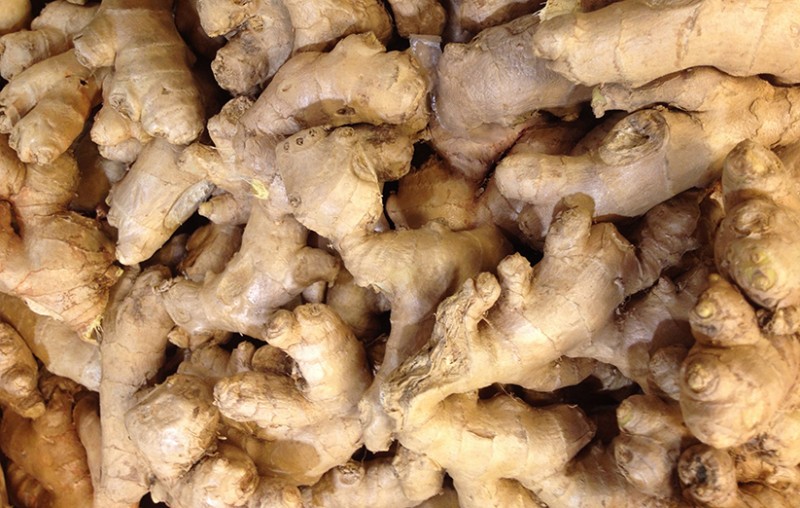 The fact that the herb ginger can provide a variety of health benefits surely puts a smile on most people’s faces. In addition to being healthy for us in so many ways, ginger also is a tasty favorite when added to food and beverages. In terms of our health, ginger for centuries has earned a sterling reputation for its ability to relieve digestive problems such as nausea, loss of appetite, motion sickness and stomach ache. And that’s just for starters.

With its green-purple flowers and a fragrant underground stem known as the ‘rhizome,’ ginger is a tropical plant – a member of the same plant family that also includes turmeric and cardamom. Ginger has been used as both a flavoring and sweet-smelling additive in foods, beverages, soaps and cosmetics. It’s no wonder when you hear centuries-old stories of explorers and traders dealing in commodities such as spices, even around the time of Jesus Christ, ginger was almost always included in the historical narrative.

Ginger has even been mentioned in ancient Sanskrit, Chinese, Greek, Roman and Arabic text for its value in treating the sick, per the National Institutes of Health. It is available in several forms to include fresh or dried root, tablets, capsules, liquid extracts and teas. Ginger has even been described, per draxe.com, as “the most widely used dietary condiment in the world today,” which is why it’s no wonder ginger is so popular in nutritional supplement form. It is often used today as a dietary supplement for conditions such as post-surgery nausea as well as pregnancy, rheumatoid arthritis and osteoarthritis.

Gingerols Are the Key Ingredients

It is the rhizome, the horizontal stem from which the roots grow, that normally is the main part of ginger that is consumed. They key bioactive ingredients of ginger are the ‘gingerols,’ comprised of an oily resin from the ginger root that acts as a powerful antioxidant and anti-inflammatory agent. Many of ginger’s health-inducing attributes center around the stomach area. That makes sense considering that ginger’s metabolites tend to accumulate in the gastrointestinal tract.

Like other medicinal herbs with a long track record, ginger’s documented use in treating maladies long was anecdotal, passed down over the years via word of mouth. However, scientific investigations and studies have picked up in recent years, examining ginger’s mechanisms, its targets and its various components. Research continues to this day, but for now health and science experts generally agree that ginger’s use as a medical supplement has shown success in many areas. Following is a list of some of ginger’s purported best-known health benefits:

Be cautious about ginger, though – overeating it can be harmful. If you’re thinking of adding it to your daily diet, it’s advisable to discuss with your physician or a nutritionist.