What Are The Benefits Of Wheatgrass Powder 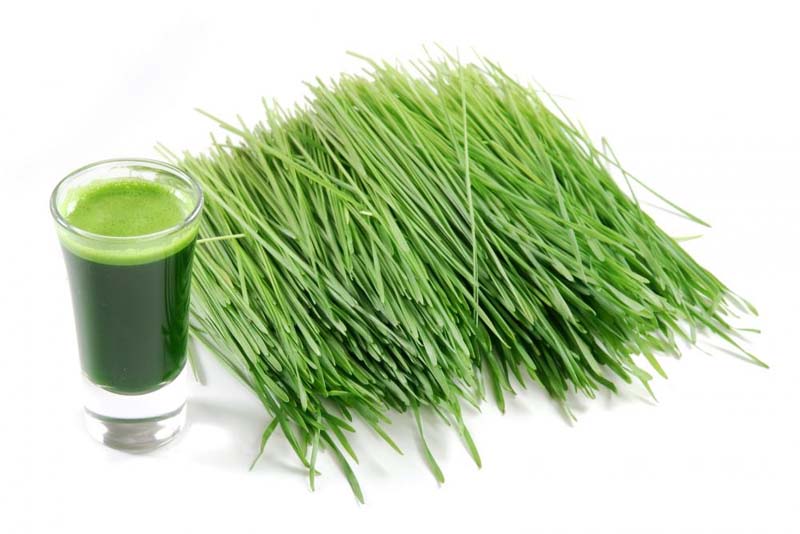 It has been drilled into our heads that fruits and vegetables are key components of our daily diets, that we should never leave home without them, that they are indispensable to our health, happiness and ability to fight off viruses and diseases.

Here's the thing, though; in this hectic rush-rush world where amenities such as packaged meals and snacks of dubious nutrition come across better suited for our 21st century lifestyle, it's not always easy---or to use the more diplomatic term, "convenient"—to get our daily dose of fruits and vegetables.

One trendy solution bouncing around these days is Wheat Grass, one of the more recent entrees in the category of 'super foods,' touted for its reported ability to plug gaps and fill in blanks of our daily nutritional needs when we don't have the time or the inclination to sit down to a proper meal. By proper, you know the kind of meal we are talking about: one that, for starters, includes leafy greens, an assortment of fresh garden vegetables cooked the way we like 'em, and sliced fruit that might run the gamut from apples and oranges to bananas and honeydew. All this perhaps topped off with a couple dollops of vanilla yogurt.

Problem is, most Americans aren't getting their veggies. That's according to surveys from the Centers for Disease Control and Prevention (CDC), which show that only 27 percent of Americans eat more than three servings of vegetables a day. Wheat grass, a dietary supplement, can't make up for that daily shortage of veggies intake, but it can provide numerous antioxidants and assorted other nutrients such as iron, magnesium, amino acids, calcium and vitamins A, C and E—the sorts of nutrients you find in vegetables.

Wheat Grass is an edible, gluten-free grass of the wheat plant triticum aestivum. It can either be juiced into what's known as a "wheat grass shot" or it can be ground down into a green powder, available over the counter in several forms to include tablet, capsule, powder and liquid.

It's bright-green color is also a giveaway to one of its other key nutrients; wheat grass contains chlorophyll, which not only gives it its green appearance, but also has been described as a natural cleanser and detoxifier for the liver. Also, it "acts like an antioxidant to reduce free radical damage, is a blood strengthener (it has a similar chemical composition to that of hemoglobin) and can help give you a boost in energy."

A word of caution as we proceed through the benefits of wheat grass that have been reported—making it a steady, supplementary part of your diet won't turn you into a superman or a superwoman. Plus, there still is a lack of scientific evidence to fully validate the efficacy of potential benefits being reported. That said, many sites list wheat grass benefits that have been claimed by individuals.

Another thing to remember about Wheat Grass it is not a replacement for a proper meal. It's a supplement, an apparently great one at that, so don't turn it in Wheat Grass diet in which all you do all day is, say, drink water and down wheat grass, and skip all those annoying eat-at-home meals—"lose weight and feel better than I've ever been." Not exactly.

Using it as a key ingredient for a homemade smoothie along with some other blender items such as veggies and/or fruits might work OK as an occasional substitute breakfast or help get you through the afternoon into dinnertime, but it doesn't stand on its own as a regular meal.

Pregnant women should be especially cautious about consuming wheat grass. It's a raw food grown in soil and water, and if eaten without being properly cooked, you could be exposed to food-borne bacteria or mold. As always, for anyone thinking about making wheat grass part of your daily routine, whether pregnant, it is best to check with you doctor first to get his or her advice on what to expect wheat grass, such as if you know or suspect you might be allergic to other grasses or wheat.

A published study on the effects of Wheat Grass on distal ulcerative colitis:

BACKGROUND:
The use of wheat grass (Triticum aestivum) juice for treatment of various gastrointestinal and other conditions had been suggested by its proponents for more than 30 years, but was never clinically assessed in a controlled trial. A preliminary unpublished pilot study suggested efficacy of wheat grass juice in the treatment of ulcerative colitis (UC).

METHODS:
A randomized, double-blind, placebo-controlled study. One gastroenterology unit in a tertiary hospital and three study coordinating centers in three major cities in Israel. Twenty-three patients diagnosed clinically and sigmoidoscopically with active distal UC were randomly allocated to receive either 100 cc of wheat grass juice, or a matching placebo, daily for 1 month. Efficacy of treatment was assessed by a 4-fold disease activity index that included rectal bleeding and number of bowel movements as determined from patient diary records, a sigmoidoscopic evaluation, and global assessment by a physician.

RESULTS:
Twenty-one patients completed the study, and full information was available on 19 of them. Treatment with wheat grass juice was associated with significant reductions in the overall disease activity index (P=0.031) and in the severity of rectal bleeding (P = 0.025). No serious side effects were found. Fresh extract of wheat grass demonstrated a prominent tracing in cyclic voltammetry methodology, presumably corresponding to four groups of compounds that exhibit anti-oxidative properties.