Walking Away from a Runny Nose Not an Option 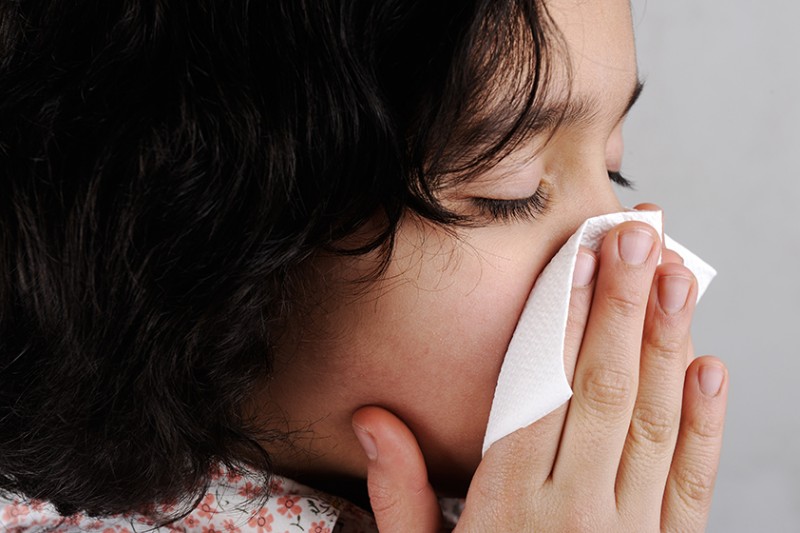 It’s like a leaky faucet—that runny nose that won’t stop, causing you to burn through boxes of tissues or rolls of soft, two-ply toilet paper especially handy when you are, well, on the run.

Runny noses, especially when accompanied by nose congestion and/or sneezing, may be one of the most annoying things known to man. Many things can cause a runny nose, ranging from box office weepers to the hot sauces at your local Mexican restaurant, but it is the persistent runny nose that goes with the common cold that gets our attention at this time of year.

It is at times like this that sufferers ask themselves—and maybe their doctor as well—what is the purpose of a runny nose; what good does it do? We understand why ample swelling quickly accompanies a sprained ankle, and we get it that our body will produce streams of sweat (or perspiration for your country club types) to cool itself. But a yucky, runny nose? C’mon!!

When you have a cold or the flu (influenza), harmful germs have been detected and, according to everydayhealth.com, the mucous membranes lining the cavities inside our noses produce a mix of mucus and fluid designed to fight off and wash away those nasty little buggers. That’s what’s coming out of our noses giving us, in medical terms, what’s known as rhinorrhea, which sounds about right when you think about it.

OK, but does this have to go on seemingly nonstop for several days, or more, on end? Well, yes, unfortunately. That’s part of the process, and while there are remedies to help treat the symptoms, there is no cure for the common cold. Not even the esteemed mountain doctor Granny from the Beverly Hillbillies could cure the common cold with her power-packed concoctions. As they say, it needs to “run its course.”

Other sources of a runny nose are numerous; they include allergies, occupational asthma, environmental irritants such as pollution, tobacco smoke, hormonal changes, pregnancy, dry air, drug addiction, chronic sinusitis and a deviated nasal septum—the latter of which means a trip to the doctor, post-haste.

Note, too, that runny noses often are accompanied by a stuffy nose—nasal congestion—that can be treated with over-the-counter (OTC) decongestants to relieve the condition temporarily. Decongestants, however, typically raise blood pressure and are not recommended for people with high blood pressure (HBP). There are alternative OTC decongestant-less remedies aimed at cold and flu symptoms such as sneezing and runny nose that contain an antihistamine and pain and fever relievers. Just think of the inestimable wealth that awaits whoever invents an effective decongestant that doesn’t raise blood pressure. Consider this: about one in three American adults have HBP, and about one billion cases of the common cold occur in the U.S. every year, says the U.S. National Library of Medicine. Do the math. Ka-ching!

The best way to deal with the common cold’s sneezing, congestion and runny nose? Don’t get a cold in the first place. OK, easier said than done. While taking an extra dose of Vitamin C daily hasn’t been proven a cold preventive, studies have shown that regular consumption of Vitamin C might very well mean shorter duration of a cold when one hits. Here are several other tips to keep in mind: