Vitamin D and Me: A Winning Twosome 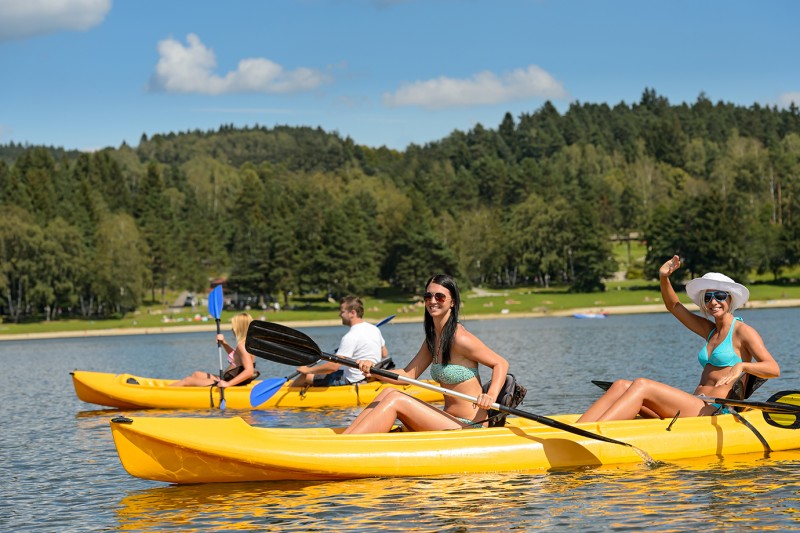 Just the thought of body fat makes most of us cringe, but there's another way of looking at it instead of just seeing that image of belly fat popping out and hanging over the beltline. Body fat can play a vital role in making sure we get the vitamin D that we need. Vitamin D is one of the most versatile vitamins around, capable of helping to optimize our health in so many ways, and all it takes is a little bit of sunshine.

Our bodies don't manufacture vitamin D naturally, and while we can acquire some of it through a carefully constructed diet, our best source is the sun. This is where body fat comes into the picture. Health experts say we can get all the vitamin D we need, and more, by spending about 10 minutes a day in the sun two or three times a week, thanks to the storage properties of body fat.

Let's put some different numbers on it, per webmd.com, which claims that six days of casual sunlight exposure (without sunscreen, as you might have guessed) can make up for 49 days (seven weeks) without sunlight. This is because of the storage capacity of vitamin D. Think of body fat as a storage battery, in that vitamin D can be stored in fatty fat and released when there is no sunlight around.

Vitamin D's most-important role in our bodies is regulating the absorption of calcium and phosphorous, in addition to playing an active role in facilitating normal function of our immune system, according to healthline.com. You heard it right: good bone health is not just about ingesting calcium and letting it do all the work on behalf of our skeletal structure. Just under 100 percent of calcium ends up in our bones, but it couldn't do it without agents like vitamin D around to help it get consumed by our bones, a subject we recently covered in another article about calcium absorption.

Mayo Clinic says the recommended Dietary Allowance (RDA) for adults is 600 International Units (IU) of vitamin D daily, with folks 70 and older advised to shoot for 800 IU a day, although some experts have said 1,000 and above can be beneficial. A vitamin D deficiency can lead to conditions such as rickets in children or osteoporosis in older adults, with Harvard University researchers estimating that a billion people worldwide lack recommended levels of the vitamin. Those pegged as most at risk of a deficiency are the elderly, those with darker skin, and residents of more northern latitudes (such as Canada) where tough winters can work against a desire to be outdoors, where the sun is.

Sunlight on skin alone doesn't produce vitamin D, which is actually a family of vitamins that also includes D2 and D3. Sunlight, according to medicalnewstoday.com, converts cholesterol on the skin into calciol (vitamin D3), which in turn is converted into calcidiol in the liver, where, finally, it is transitioned into vitamin D's active form, known as calcitriol. Then it gets to work.

For those of you turning to food and a tweaked diet to bolster your ingestion of vitamin D, your choices are limited but at least they are at arm's reach in most grocery stores. They include salmon (and other fatty fish such as tuna, herring and mackerel), sardines, egg yolks and shrimp, as well as the following when fortified with vitamin D: milk, cereal, yogurt and orange juice.

As for vitamin's versatile health-optimization properties, here are a few things experts say it can do:

•  Plays a role in reducing the risk of multiple sclerosis, per a 2006 study referenced by healthline.com.

•  Can help decrease the risk of heart disease, according to 2008 research.

•  Has been shown to reduce the chances of catching the flu. According to medicalnewstoday.com, children given 1,200 IU daily for four months in the winter diminished their chance of contracting influenza A by more than 40 percent.

•  Possibly prevent cancer. Studies have suggested that vitamin D, in its form as calcitriol, decreased the spread of cancer by retarding the growth and development of new blood vessels in cancerous tissue – essentially killing cancer cells. While we're at it, other research has shown that vitamin D supplements can slow or even reveres the progression of low-grade prostate tumors? Supplements can do that, you ask? You bet, and you’ve come to the right place.

•  Vitamin D has also has been shown to play a role in regulating blood pressure and cholesterol, and has been used to treat diabetes, obesity, rheumatoid arthritis, asthma, bronchitis, PMS and various skin conditions such as vitiligo, psoriasis and lupus vulgaris.

Don't forget – get some sun.