USA Interest in Vitamins a Healthy One 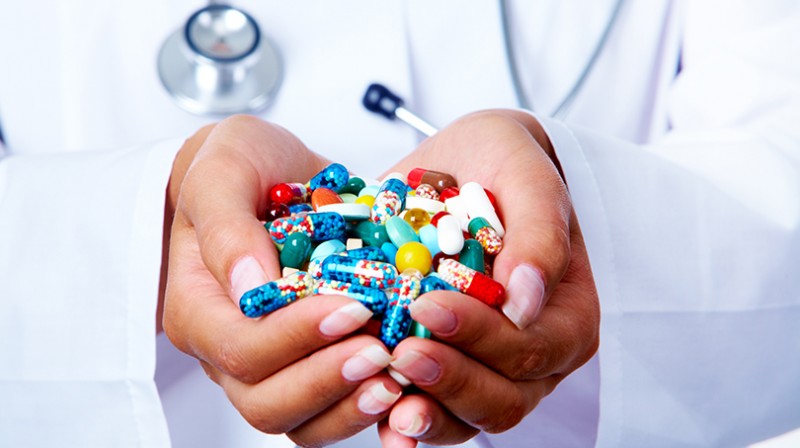 Vitamins in pill, tablet, or capsule form have been an integral part of dietary regimens dating back decades; in fact, our knowledge of vitamins goes back more than 100 years to the dawn of the 20th century, when researchers started to associate the deficiency of certain vitamins with the development of certain diseases and other health conditions. Vitamins obviously have been a part of what man has been consuming for thousands of years, but it is only in recent decades that we have come to fully understand them and their healthful roles in our health, separate from the foods themselves we have put into our mouths.

Although vitamins have become a routine part of our daily existence in the 21st century, such that millions of Americans now have a keen understanding of how vitamins benefit them, they were regarded as almost miraculous in the early years of our awareness of their existence. With that came the realization that vitamin-deficient-related diseases, such as beriberi, could be quickly “cured” by using these substances, per thecut.com.

Vitamin Use Ramped up More Than 80 Years Ago

Our interest in vitamins was piqued before and during the Second World War, when there was a persistent fear about whether Americans could be sufficiently nourished without regularly taking enough proper vitamins. Our ancestors many centuries ago didn’t need manmade vitamins because as hunter-gatherers they were able to access and consume abundant supplies of vitamins while being unaware of what they were, per nytimes.com. In recent years, though, Americans have benefitted from nutritional supplements to include vitamins to help plug gaps in our health.

There have been challenges to consistently eating sufficient does of vitamins. The rise of agriculture and the accompanying growing popularity of vitamin-deficient starches such as wheat and corn helped steer Americans down a path more and more cluttered with foods that titillate the palate but leave us devoid of healthy nutrients. That’s even before we get into America’s growing addiction to sugar, the mass consumption of unhealthy carbohydrates, and the proliferation of fast food outlets in every nook and cranny nationwide.

Thanks to the passage and enactment of the Dietary Supplement and Health Education Act (DSHEA) of 1994, per NIH, which eased overly restrictive regulatory measures, American nutritional supplement manufacturers have been able to ramp up their research, development, and supply mechanisms to bring hundreds of new and beneficial supplements to American consumers. In that respect, the U.S. has become a world leader in giving its citizens close to unfettered access to healthy vitamins and other supplements. That’s provided they follow strict guidelines to keep their products safe and their packaging properly marked in terms of exactly what’s in them.

At the time of DSHEA’s enactment about 25 years ago, there were an estimated 600 dietary supplement manufacturers in the United States producing and marketing about 4,000 products. Within six years, the estimated number of such products had grown to 29,000, per National Institutes of Health (NIH), and that number just five years ago had grown to 85,000, per thecut.com, and conceivably is more than 100,000 today. That takes into account that there are only 13 “human vitamins” – A, C, D, E, K and the 8 B vitamins – that form the core of vitamins considered essential for human health.

Vitamin Production is Essential in America

America has long been known as a global trendsetter when it comes to renovation and innovation. Nowhere is that more evident than in our country’s success in our production of vitamins and other supplements, many of them now plant-based (herbs). As reported by abcnews.go.com in 2011, more than half of all American adults now take at least one dietary supplement on a daily basis. This includes, for example, a steady rise in the number of women 60 and over taking calcium and vitamin D, presumably to help them ward off the effects of osteoporosis. Multivitamins have been found to be the supplement used most abundantly.

“Our diet contains too many processed foods that do not have the nutrients we need to keep us healthy – soda and chips – so people respond by taking vitamins,” said Dr. Darwin Deen, a clinical professor at Albert Einstein College of Medicine in New York, quoted at abcnews.go.com.

Another key vitamin is folic acid, one of the B complex vitamins (B9). It is a vitamin often recommended for young women planning to have children because it can help prevent neural tube effects and pregnancy complications. Yet it is difficult to acquire sufficient amounts from healthy foods such as leafy green vegetables and beans. This is yet another example of where nutritional supplement manufacturers can help close the vitamin gap in the U.S.

“Dietary supplements play a role in a healthy lifestyle,” said Steve Mister, president & CEO of the Council for Responsible Nutrition, quoted by ABC News. “But they are supplements to, not substitutes for, a healthy diet. They should be used in combination with other healthy habits, like trying to eat a balanced diet, exercising regularly, and seeing your doctor.”