To Bee or Not to Bee: Make Raw Honey a Healthy Choice 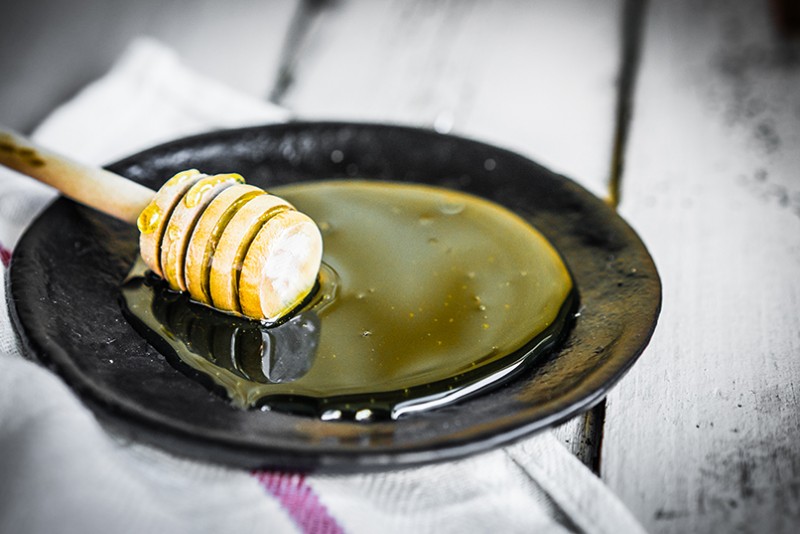 Having trouble sleeping at night? Looking for another source of energy for the big race? Allergies got you down? That nagging cough won't go away? On and on that list goes, and as you might have guessed, there is one substance out there that can tackle all those issues, and more, even if it takes its sweet time getting the work done.

We're talking about honey, and not just that heavily processed, often chemically refined form of honey that you find on the shelves of most groceries. In this case we're talking about raw honey, which, as described by draxe.com, is that "crude form of honey immediately taken out of the cells within a bee hive." This is done by pumping smoke into the beehive, chasing lurking bees away. In its natural form such as this, honey typically includes the presence of bee pollen and propolis. Both have attributes that promote good health; for example, the consumption of pollen can help the consumer build up an immunity to seasonal allergies.

And that's just a drop in the bucket, or a drip from the honeycomb, when it comes to raw honey's health benefits. We'll get back to those in a jiffy.

It's a good thing for us that bees don't charge by the hour in making pure honey. We'd all be broke. Consider this – worker bees (which are female bees doing the heavy lifting on behalf of their leader, the queen bee) are known to work thousands of hours and cover tens of thousands of miles in collecting enough pure honey just to make one pound. Bees have been doing this for centuries, dating back even to ancient Egypt and the Pharaohs – it's even mentioned several dozen times in the Bible, such as in the book of Luke, where it says that Jesus Christ rose from the dead and the first food he ate was broiled fish and honeycomb.

The question is, why aren't more people rushing out to their local health stores or even their neighbor beekeepers to buy this stuff in place of all that refined sugar we consume? Dr. Ron Fessenden, according to draxe.com, says that the average American consumes more than 150 pounds of refined sugar a year, as well as another 60-plus pounds of high fructose corn syrup annually. Not exactly the healthiest choices. By comparison, only about 1.3 pounds of honey goes down the hatch annually. What's the purpose of knowing all this? To consider making the switch to raw honey, where the health benefits are many. It's a sweetener to be eaten for the right reasons, such as the following: