Time to Gear Up for Cold & Flu Season: Part I 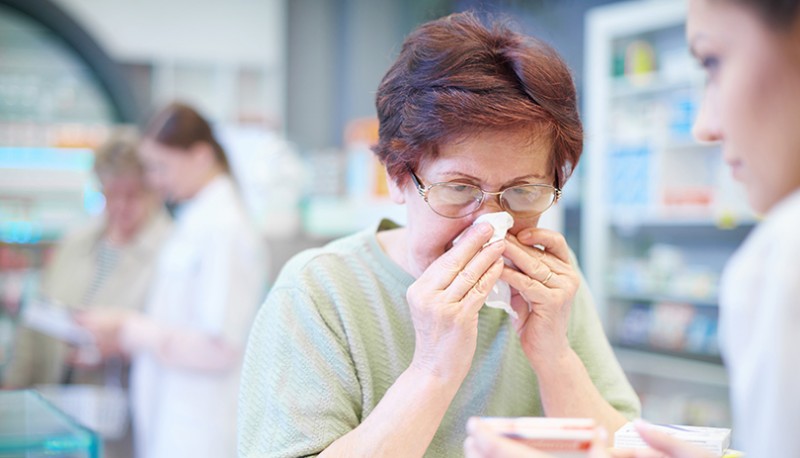 Now that November is in full swing, and the leaves are dead and gone, and the chill is permeating the air, our thoughts turn to holiday season dinners, buying gifts for others, and, unfortunately, dreading the arrival of cold and flu season – unless you are already in the throes of one or the other, and don’t feel like doing anything but curling up in bed and trying to get some shuteye.

Well, even if you are bedridden and feeling somewhat miserable for the moment, try sitting up for a few minutes to read what we have to say about cold and flu, because no doubt it is of concern to you.

By now, you should know the difference between a cold and a bout with influenza (flu), but just in case you missed school the day that was taught, here’s a distinction in brief: although both involve upper-respiratory illnesses, they are caused by different kinds of viruses. They can share several of the same symptoms, such as stuffy/running nose, sneezing, cough, and sore throat, although flu often takes it a few notches higher with chills and sweats, fever, nasty body aches (colds get some, milder body aches at times) and nausea, per webmd.com.

Another difference is in how fast or slow they develop – a cold works itself into your world slowly over the course of a few days while the flu acts much quicker, often taking just a few hours to slam home. One other thing – you can catch a cold any time of year, while flu (thankfully?) almost always picks fall and winter to do its thing.

Cold prevention is a hit-and-miss proposition, while flu is a bit more predictable – with most of America and much of the rest of the world advised to get annual flu shots specially prepared each year to counteract whatever flu strains have been identified as the biggest threat for a particular year. We’ll discuss flu vaccinations in this space sometime later this month.

9 Ways to Reduce Risk of Catching a Cold

For now, let’s focus on the do’s and don’ts when it comes to avoiding colds and strengthening your immune system. We’ll switch back to flu in a blog soon to come: