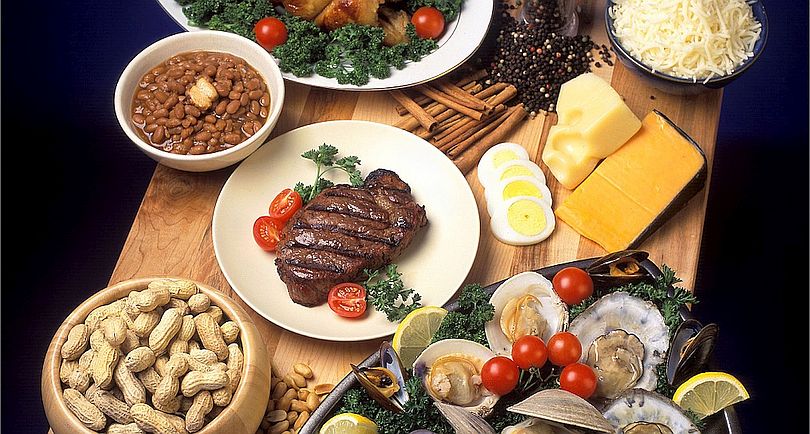 You don’t have to be a sports person to understand that when it comes to taking care of our bodies, germs are on offense, we the people are on defense. This is a daily circumstance, and our immune system is on call 24/7. This offense/defense dynamic is a competitive rivalry that never ends and which dates back to the beginning of time, long before there was March Madness, the World Series or a Super Bowl. The best things we can do for ourselves in staying a step ahead of the microscopic posse are to get plenty of sleep, eat a healthy diet, exercise regularly, and know what we can do to boost our immune system.

That’s where zinc comes in as an All Pro defender. Zinc is an essential trace element abbreviated as Zn on the periodic table of elements. It is described by Medical News Today as being “responsible for a number of different functions in the human body, and it helps stimulate the activity of 100 different enzymes.” Zinc certainly deserves our respect, for a deficiency of this mineral has been reported as annually responsible for more than 800,000 deaths of children worldwide.

The uses of zinc for health reasons are many. According to webmd.com, they include treatment of:

Zinc also has been studied as a possible remedy for:

All that said, though, zinc’s most ballyhooed reputation is for its reported success as an immunity booster, namely when it comes to fighting off colds. Healthcare professionals have long claimed that taking zinc lozenges within 24 hours of the arrival of cold symptoms is effective at nipping colds in the bud. Among food sources rated highly for their zinc content are red meat, poultry, oysters, beans, nuts, whole grains and fortified cereals.

As temperatures continue to cool as we head toward November and the imminent start of winter (usually several weeks ahead of the winter solstice, which is Dec. 21 this year) staving off colds is on many people’s minds. That’s where zinc comes in. Senior citizens are particularly susceptible to infections because of a drop-off in the strength of their immune systems. A recent study has shown that zinc supplements can bolster blood levels of zinc in the elderly, which better equips them to fight off cold germs, especially at this time of year.

In the study, which newsmax.com reported as published in The American Journal of Clinical Nutrition, it was discovered that the concentration of zinc in blood serum rose 16 percent in those test subjects taking zinc supplements, while levels in the control group taking a placebo only rose 0.7 percent. “In addition” the study found, “zinc supplementation also improved the numbers and function of T-cells, a type of white blood cell ‘a key component of the immune system.”

Research, as cited in the Huffington Post, describes zinc’s role in fighting off infections is one that keeps the immune system from “spinning out of control.” In essence, research experiments showed, zinc in human blood cells provides a sort of calming effect by binding to a protein in the inflammation pathway.

Daren Knoell, an Ohio State University professor and scientist, according to Huffington, said, “If you are deficient in zinc you are at a disadvantage because your defense system is amplified, and inappropriately so. The benefit to health is explicit: zinc is beneficial because it stops the action of a protein, ultimately preventing excess inflammation.”

Adding zinc supplements or multivitamins that include zinc to your diet could help boost your immune system, but be careful not to take any more than needed. Consult your primary-care physician for guidance as needed.