The Latest Buzz about Bee Products Is All Good 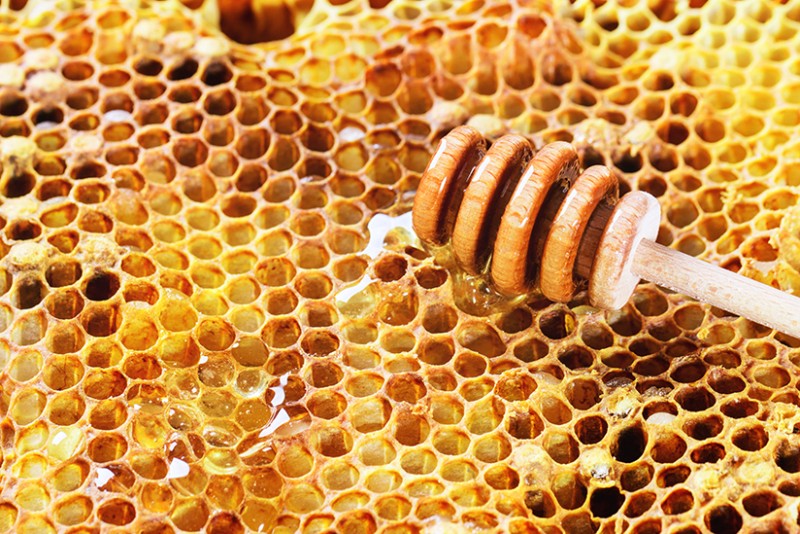 As much as an annoyance honeybees can be when buzzing around backyard barbecues, there’s no denying what they can bring to the lunch or dinner table. It’s not just the sweet honey, either, with its trace amounts of vitamins, minerals, fiber and protein. There are other health-inducing products that bees produce, and it’s good to know what those are.

Apitherapy, a form of natural medicine involving the use of bee products, dates to ancient Greece, Egypt and China. Only in recent times has medicinal use started to gain momentum in America. One thing we in the western world have come to know is that a bee’s honey, in its raw and unprocessed form, and preferably produced locally, can be an effective deterrent to allergies, just like those that people are now suffering through in many parts of the country – with itchy, watery eyes, runny nose and sneezing the chief symptoms – as spring starts to bloom.

As described by healthysmoothiehq.com, bees make honey by, first, gathering nectar from flowers and then converting it into honey by regurgitating it, allowing it to evaporate to concentrate the sugars that comprise its main ingredients. Also, its health benefits come not only from consuming the honey, but it also can be used as a topical application in certain instances. Here is a rundown of the health benefits that honey – again, best used if raw and unprocessed – can provide:

As popular as honey is, though, it’s not the only healthy byproduct that bees are adept at whipping up. Here are some others:

Yes, bees, or at least their natural products, can help us out a lot. Just remember that next time you are barbecuing with a spatula in one hand and a fly swatter in the other.