The Eyes Have It for the Fourth of July 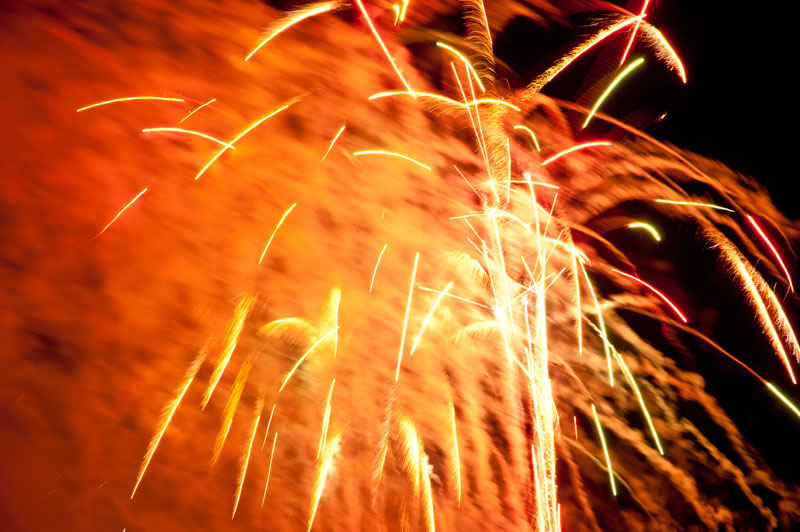 All eyes will be on fireworks displays accompanying Fourth of July celebrations across America this week. The hope is that all those eyes will be intact and unharmed by the end of the countless fireworks displays – professional and homebound – that will dazzle millions weaned on and wowed over the years by bottle rockets, Roman candles, sparklers and firecrackers.

Watching professionally-engineered fireworks from a distance is safe, for the most part; the danger comes in buying your own fireworks to shoot off in your backyard, on a porch or patio, on the front lawn or even out in the street. According to preventblindness.org, fireworks-related injuries accounted for 11,400 emergency-room visits in 2013. There also were eight non-occupational fireworks-related deaths in the same year, based on U.S. Consumer Product Safety Commission data.

The most common types of fireworks injuries were burns to various parts of the body, with eye injuries accounting for about 16 percent, or 1,200, of those 11,000-plus ER visits. Most frequent among eye injuries were contusions, lacerations and foreign bodies lodged in the eye from exploding pyrotechnics.

If homebound fireworks displays are a family tradition, consider dispensing with the at-home display this year; be content to watch professional displays at a local park or other venue allowing for convenient and safe mass viewing from hundreds of feet away. Granted, though, with the abundance of fireworks stands that have popped up this time of year, it's tough to resist forking over a couple hundred bucks on cool stuff designed to put a charge into your own Fourth celebration.

If you must have a home show, buy some eye protection for you as well as anyone else who will be hanging around watching. Be considerate, too, of your neighbors – the potential danger extends to them, even if they want nothing to do with your pyrotechnics party. One misfired bottle rocket or out-of-control flying spinner has a knack for going well off course in a matter of seconds.

"Nearly half of all injuries are suffered by innocent bystanders who chose not to use fireworks, but are paying the price of the risky behavior of others, many times complete strangers," says Sherill Williams, president and CEO of the Ohio affiliate of Prevent Blindness.

In a June 2015 article posted by reuters.com, it was reported that children are the most common victims of fireworks mishaps, with those 15 and under accounting for half of all related eye injuries in the U.S. And those supposedly harmless sparklers that parents often let their kids hold? Those accounted for one-third of fireworks injuries, with the capability of burning at nearly 2,000 degrees Fahrenheit, according to the report.

Let this sink in: fireworks are not children's toys. They're dangerous enough in the hands of adults acting like children.

"Among the most serious injuries is abrupt trauma to the eye from bottle rockets," says Halsey Settle, III M.D., president of the Austin-based Texas Ophthalmological Association, quoted at reuters.com. Rockets fly erratically once shot off and have resulted in other types of eye injuries such as eyelid lacerations, corneal abrasions, retinal detachment, optic nerve damage and, yes, complete blindness.

The U.S. Eye Injury Registry, as cited at vancouverfamilymagazine.com, says that as many as 400 Americans suffer permanent loss of sight in one or both eyes each year because of fireworks, and many of those injuries involve children. To help prevent eye injuries when fireworks are involved, the American Academy of Ophthalmology offers a number of suggestions, to include respecting safety barriers at public fireworks shows (stay at least 500 feet away) and avoid touching unexploded fireworks. Call your local fire or police department for help in such a case. Also, again, wear eye protection, which can be purchased at a hardware store.

The National Council on Fireworks Safety offers additional tips, as reported at rodalesorganiclife.com, if you insist on having your own fireworks display:

· Appoint a designated shooter well in advance to give him or her time to plan this out.

· Create a launch platform – a smooth, flat surface away from the house and flammable dried grass or leaves.

· Keep a bucket of water (or hooked-up hose) nearby.

· Steer clear of smoke if you or anyone watching with you has asthma.