The Benefits of Vitamin B1 (Thiamin) and Where to Get It 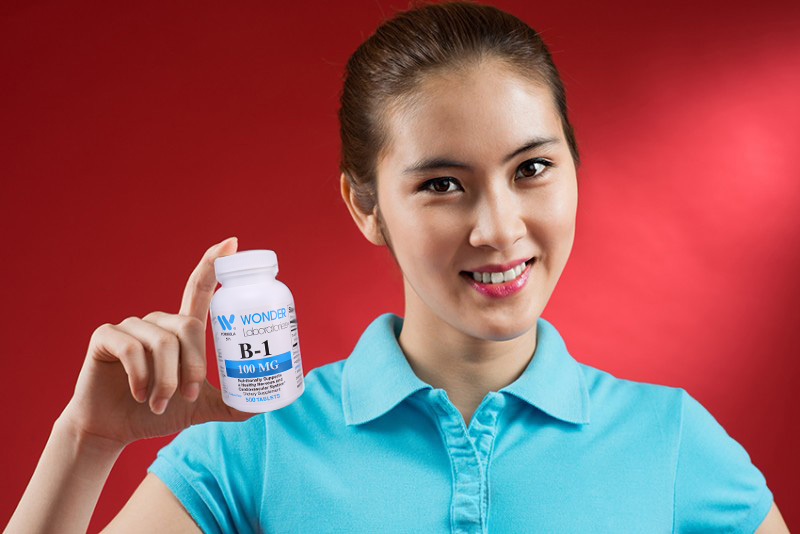 Vitamin B1, also known as thiamin, is considered an essential nutrient for our bodies because tissues need B1 to function properly. It is a water-soluble nutrient, and it plays a key role in helping our body turn consumed food into energy – that is, it metabolizes it, thus working to fuel our engine . . . to keep us running on down the road, so to speak.

Our body also relies on the presence of a molecule known as adenosine triphosphate (ATP), which serves the purpose of transporting that food-fueled energy within our cells, per healthline.com. Vitamin B1, as National Institutes of Health puts it, is a requisite nutrient for the growth, development, and function of cells.

We acquire most of the thiamin we need for our bodies to operate properly through the foods we consume, with yeast, legumes, pork, brown rice among the foods best known for being rich in vitamin B1. Fortified foods such as breakfast cereals also provide ample amounts of thiamin.

Just beware that heating any of these foods up – and, seriously, who’s going to eat much in the way of legumes or pork served at room or, worse, refrigerated temperature – can reduce the amount of thiamin. Keep in mind, it also is readily available as a supplement. There’s no good excuse or reason for us to have a thiamin deficiency, as it’s well within our reach to keep ourselves properly – how shall we put it – fortified? Per mayoclinic.org, the recommended daily amount of thiamin for adult men is 1.2 milligrams; for adult women, it is 1.1 milligrams.

Once ingested, thiamin. as provided by food sources or dietary supplements, is absorbed by the small intestine, per National Institutes of Health. This is done via active transport for nutritional (food) doses and via passive diffusion of pharmacologic doses.

Once ingested and absorbed, thiamin is stored mostly in the liver, but even then, only in small amounts. That’s because vitamin B1 has a short half-life – i.e., it doesn’t stick around a long time – which is why we humans have to maintain a continuous supply of it from the food we eat and the supplements we take in order to remain at optimum operability.

Regular consumption of vitamin B1 serves many useful health-related purposes. We’ve already mentioned its role in metabolizing energy and properly fueling our cells. Then there are a host of other benefits that B1 provides in a more roundabout way – that is, knowing what bad things can happen to our bodies if we suffer from a thiamin deficiency. It isn’t so much that consuming more B1 will enhance our health in certain ways (like making us stronger or helping us to lose weight, etc.), it’s more like avoiding the negatives of a B1 deficiency – call it preventative measures if you will.

As always, a discussion with a healthcare provider is in order before using vitamin B1 for any sort of health-related purpose.

Here are some to watch for, keeping in mind that a thiamin deficiency is rare for healthy adults, per healthline.com: