The Benefits of Breastfeeding are Bountiful 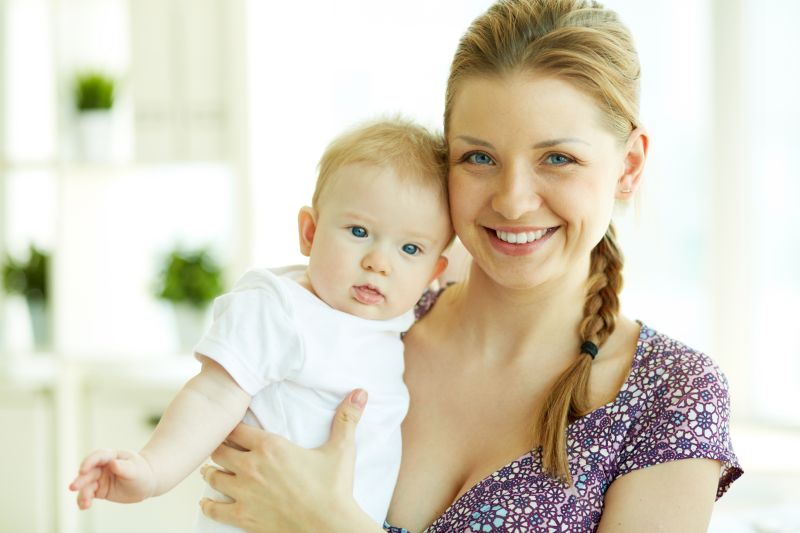 Mothers of newborns have a choice when it comes to feeding their babies, and the benefits of breastfeeding vs. formula out of a bottle are numerous. In fact, the pluses of breastfeeding are almost overwhelming as we explore the subject as part of World Breast Feeding Week, which was started by the World Alliance for Breastfeeding Action.

According to webmd.com, as well as other health care authorities, breast milk provides the proper nutrition for infants, with a nearly ideal mix of vitamins, protein and fat, all of which your baby needs for proper growth. Not only is breast milk more digestible than formula, which typically comes from cow's milk, it also comes readymade with various antibodies. These help the child fend off viruses and bacteria while reducing the chances of asthma or allergies in later years.

Some studies have even shown that breastfed babies have been shown to have higher IQs in later childhood and also are less likely to be overweight. Mothers who breastfeed their children tend to benefit as well: breastfeeding burns extra calories, so they tend to lose those extra pregnancy pounds faster than non-breastfeeding mothers. Lower risks of breast and ovarian cancer as well as osteoporosis have been postulated as residual benefits of breastfeeding. Enhanced closeness and bonding between mother and baby are also evident in breastfeeding. Besides, it can save a lot of money: womenshealth.gov estimates that formula and feeding supplies can run well in excess of $1,500 a year.

It is generally reported that the longer a mom breastfeeds the baby, with a minimum of six months after birth considered a good starting point, the more the benefits accrue for the both of them. Several years ago, Scientific American reported on a 2009 study in which it was determined that breastfeeding can help moms with their cardiovascular health, in part because "nursing can start to break down some of the fat that accumulates in women's bodies during pregnancy."

"Women who reported longer histories of lactation had significantly lower rates of risk factors for cardiovascular disease, even after adjusting for sociodemographic and lifestyle variables, family history and (Body Mass Index) category," said Eleanor Schwarz, a University of Pittsburgh assistant professor of medicine, obstetrics, gynecology and reproductive sciences and part of a team whose studies were published in the May 2009 issue of Obstetrics & Gynecology.

It is important for moms to eat healthy while breastfeeding. No special diets are deemed necessary, but some helpful suggestions from womenshealth.gov include drinking plenty of fluids – mainly water – to stay hydrated, going easy on sugar-laden drinks such as sodas, keeping caffeine and alcohol to a minimum, and perhaps taking a prenatal multivitamin or mineral supplement, with your doctor's guidance, of course.

Among the "don'ts" of breastfeeding: if you smoke, stop … now (if needed, ask your nurse or doctor for assistance in stopping); and if you are using illegal recreational drugs such as marijuana, cocaine and heroin, stop altogether (seriously, as if you even need to be told). Side effects that have been reported in the infant children of drug-using moms include seizures, vomiting, poor feeding and tremors.

Reasons not to breastfeed: if as a mom you are HIV positive – the virus can be passed to infants in breast milk; if you have active tuberculosis not treated; if receiving chemotherapy for cancer; if the baby is unable to tolerate the galactose (natural sugar) in breast milk, a rare condition known as galactosemia; or if you're taking certain prescription drugs for conditions such as migraines, Parkinson's disease or arthritis. Again, check with your physician.

Granted, not all women are able to breastfeed, and many that do need assistance and coaching from a nurse, a doctor, or even a family member or friend. One limiting factor for many women: stress. A high level of anxiety or stress can obstruct what webmd.com describes as the "let-down reflex," which factors into the natural release of milk into the mom's milk ducts. "Stay as relaxed and calm as possible before and during nursing," webmd.com says, although that certainly can be easier said than done for women juggling care for a new baby with a professional career and/or other children already present in the household.