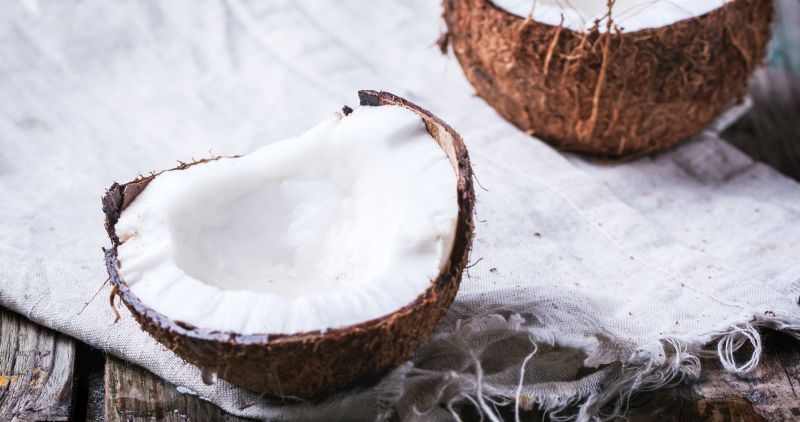 The old saying, "You can't have your cake and eat it, too," was probably concocted by someone unaware of coconut oil's many reported health benefits. Coconut cake, anyone? Once a cooking delicacy embraced by savvy shoppers who had cracked the code of health food stores, coconut oil has made its way onto the shelves of your friendly neighboring grocery stores. It's priced somewhat higher than its olive oil and vegetable oil rivals, but a few extra dollars for a big jar of the stuff is a small price to pay, according to believers sold on the sweet confection's many benefits.

Among the health advantages heralded by coconut oil's admirers: its capacity for boosting people's energy, therefore enhancing our ability to burn off fat; its hunger-suppressing attributes, which means eating less; its bacteria- and fungus-killing attributes of its lauric acid; and its role in protecting hair against damage and the skin against the rays of the sun. Some studies and experiments have even suggested a potential for maintaining proper blood cholesterol levels and normal brain functionality in aging patients.

Writing for authoritynutrition.com, nutrition expert Kris Gunnars maintains that populations that adhere to diets heavy in coconut are among the world's healthiest people. Cases in point: the Tokelauans of the South Pacific, and the Kitavans, who occupy one of the Trobriand Islands of Papua New Guinea. The Tokelauans, Gunnars says, consume more than 60 percent of their calories from saturated fat-rich coconut, yet they are in excellent health with virtually no evidence of heart abnormalities.

With a saturated-fat content of more than 90 percent, coconut oil is much more saturated than many other oils and fats. Olive oils are about 15 percent fat-saturated while beef fat comes in at about 50 percent and butter at 63 percent, according to a report published by Nutrition Action. So, with that much saturated fat, how can coconut oil possibly be considered as having "superpowers" and "near miraculous" benefits, as stated by Dr. Joseph Mercola, an osteopathic physician and natural health expert? The answer might be in the oil's high percentage of medium-chain triglycerides (MCT), which are metabolized by our bodies more efficiently than the long-chain triglycerides (LCT) more common in other types of oils.

"MCTs are transported directly from the intestinal tract to the liver, where they're likely to be directly burned off as fuel and raise the metabolic rate slightly," Columbia University researcher Marie-Pierre St. Onge says in the Nutrition Action newsletter.

Users and consumers of coconut oil should know, however, that gorging on coconut oil by heaping it onto anything and everything they eat is no guarantee they will be transformed into indestructible supermen and superwomen. Still, even if claims of coconut's healing powers sometimes sound too good to be true, the oil still offers dozens of handy everyday uses, such as a coffee creamer, an eye-makeup remover, and a natural shaving cream and after shave. How sweet it is.