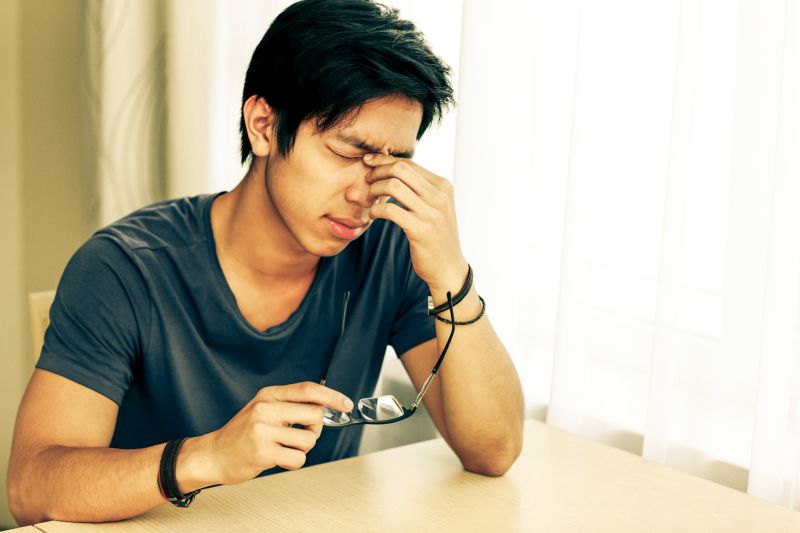 A day without stress or anxiety is, for many, the definition of true happiness, but is that what we really want in life? For those of us who have ever been saddled with chronic stress or stuck in a seemingly endless rut of high anxiety, a life without either or both can seem like a panacea, albeit a seemingly unreachable one when we are in the throes of a chronic condition.

Stress and anxiety are not one and the same, even though all of us experience one or the other at some point(s) in our lives. As defined by the Anxiety and Depression Association of America (ADAA), stress is a response to a threat in a given circumstance, while anxiety is a reaction to the stress.

According to webmd.com, about 40 million adult Americans, or about 18 percent of the adult population, are affected by anxiety disorders. Women are twice as likely as men to experience generalized anxiety disorder, which is defined as six or more months of "excessive, unrealistic worry over everyday problems." Treatment can include medication or psychotherapy, or a combination of both. Such prescriptions might include anti-anxiety drugs, anti-depressants or beta-blockers.

Not All Stress and Anxiety is Bad

Breaking it down further, stress, as well as anxiety, can be either good or bad. It depends on the circumstance and the duration. 'Good' stress usually is short-lived, such as what we experience before going on stage to act in a play, or when standing in front of a microphone about to give a speech, or lacing up our basketball high-tops moments before a game played in front of hundreds or thousands of spectators.

Before almost every game in which he played, basketball hall of famer Bill Russell, the former superstar center of the Boston Celtics, vomited because of the buildup of nerves inside of him, what some might call his competitive spirit. It was when Russell didn't vomit before a game that his teammates became concerned.

Among the famous sufferers of social anxiety, according to a 2014 article in The New Yorker: evolutionist Charles Darwin (who at times could not step outside his house), actors Sir Laurence Olivier and Hugh Grant (stage fright), and singer Joan Baez and TV talk show host Matt Lauer, both of whom reportedly are emetophones – they share a dread of vomiting.

"Not all stress is bad," the ADAA reports on its website, adaa.org. "When you face a dangerous situation, your pulse quickens, you breathe faster, your muscles tense, your brain uses more oxygen and increases activity—all functions aimed at survival. In the short term, it can even boost the immune system."

Ditto for anxiety, which in its milder form can be a helpful emotion, potentially making us more alert and focused when it comes to being able to handle challenging or threatening situations.

The flip side of stress and anxiety is the chronic sort that can affect us physically in such ways as high blood pressure, headaches and skin rashes, accompanied by persistent lack of sleep and perhaps even leading to depression. That's feeling it 24/7 with an inability to just "turn it off." Even before such symptoms show up, as webmd.com points out, there are other emotional warning signs that chronic stress might be at work, such as unusual irritability, a short temper and an inability to concentrate.

Stress - To Each His Own

Some people handle stress more effectively than others, and what stresses out one person can motivate another – such as a deadline for a project at work. Common stress countermeasures can include regular exercise, such as walking, jogging or swimming for 30 or more minutes a day, and recognizing household or workplace stress triggers and having a strategy to deal with them before they occur.

The ADAA identifies three types of stress: routine stress, relative to the pressures of family or work; stress as a reaction to a sudden negative event, such as loss of job or lingering illness; and traumatic stress resulting from a major vehicle accident, a life-and-death combat situation or a natural disaster such as a destructive tornado.

Although regular exercise, good eating habits, talking things out with friends or loved ones and using certain nutritional supplements, such as Wonder Labs' B Complex or St. Johns Wort, can help a person deal with routine stressors, larger-scale stress or anxiety issues leading to depression or even thoughts of suicide are signs it's time to seek help from a qualified mental health care provider.