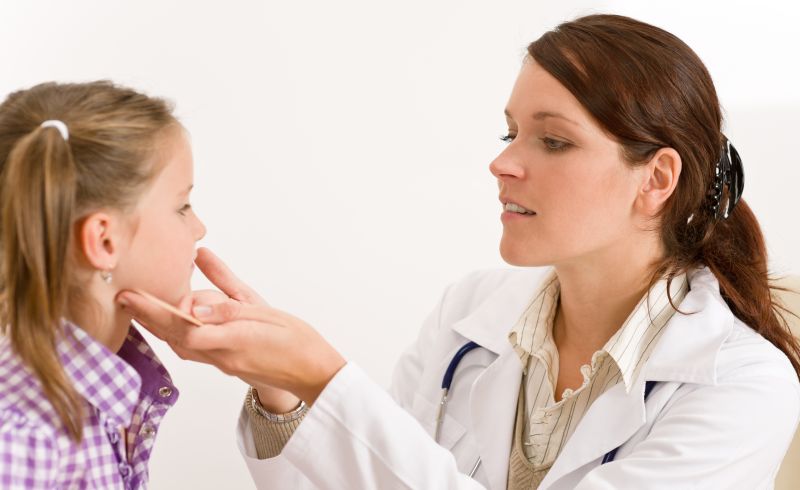 If getting a sore throat feels like a true annoyance, it could be worse – the next step up the ladder of illnesses is strep throat, which, unfortunately, is usually as bad as it sounds. More common in children than it is in adults, strep throat has all the markings of a sore throat – such as pain, itchiness or irritation of the throat leading to difficulty in swallowing, but strep throat ratchets it up a few notches to also include:

Nasty stuff, for sure. Health experts have said that while you can get diagnosed with strep any time of year, late fall and early spring are the prime seasons. So be forewarned: now is a good time to be on house alert, both for yourself and especially for any children, with the younger ones particularly susceptible.

Note, though, that if a sore throat is accompanied by a persistent cough, most likely it’s “just” a sore throat, although that isn’t much consolation to a sufferer.

As you probably surmised, strep throat involves an infection in the throat and tonsils (assuming the tonsils are still present) caused by group A Streptococcus bacteria, which can also live in a person’s nose and throat without causing illness. According to the Centers for Disease Control and Prevention (CDC), “the bacteria are spread through contact with droplets after an infected person coughs or sneezes. If you touch your mouth, nose or eyes after touching something that has these droplets on it, you may become ill. If you drink from the same glass or eat from the same plate as a sick person, you could also become ill. It is also possible to get strep throat from touching sores on the skin caused by group A strep.”

It’s no wonder that we are constantly warned to wash our hands frequently throughout the day, and not just before the family sits down at the dinner table. Keeping antibacterial hand cleanser or hand wipes handy is a fantastic idea, not just for Dad or Mom at the office, but also for the kiddoes at school or other enclosed places where lots of people gather, like at a football or basketball game where people pack in nice and cozy, and where one person’s sneeze can be a dozen other people’s aerial bacterial attack. That’s why many school districts now include antibacterial hand cleansers on their lists of school supplies designated for beginning-of-school-year purchase.

If you suspect that you or a loved one has strep throat---check the list of symptoms listed above for clues—waste no time in going to see your primary-care physician or a walk-in clinic. Just looking at your throat and the roof of your mouth is not enough to make a proper diagnosis. The doctor or clinician can do a fairly simple procedure known as a rapid antigen test that involves swabbing the throat to check for the presence of the strep bacteria. He or she might also take a throat culture that is then examined in a lab for the presence of bacteria, although it can take a day or two before results are known.

If the test is positive, most likely you will be prescribed a dose of antibiotics usually lasting several days to a week, with symptoms gradually disappearing. If you do get prescribed such a regimen, be sure to finish your medication as prescribed to prevent a recurrence. The antibiotics, if effective, should, according to the CDC, result in the following:

Kidney inflammation is also a potential problem if strep throat goes untreated, according to Mayo Clinic. If what you or your loved one has really is strep throat, you don’t want to rationalize toughing it out and not going to the doctor. Get it dealt with, before it deals you a worse hand.