Staying Vertical Is a Challenge with Vertigo 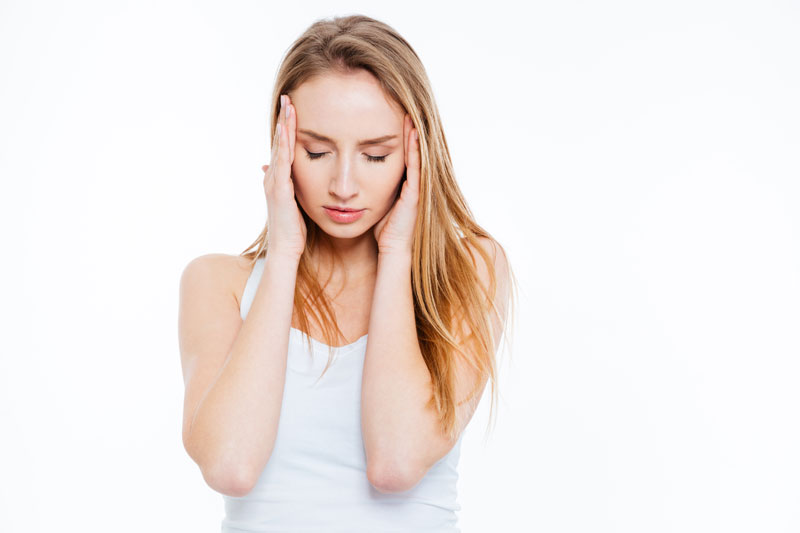 Anyone who watched the second round of the men's U.S. Open golf tournament this past June witnessed a disturbing scene in a sport where the only real contact is club head against ball and where on-course mishaps are usually nothing worse than an errant shot's watery splashdown or an ego-bruising double bogey.

That Friday afternoon, though, onlookers saw a scary scene when Australian golfer Jason Day, 27, a physically fit golfing dynamo who smacks 300-yard drives as one of the world's best golfers, was strolling along a slightly sloping fairway between shots when he suddenly tumbled to the ground. At first it was thought that maybe Day had tripped over his own feet or twisted an ankle before losing his balance. It was only when paramedics arrived on the scene with Day still on the ground, eventually to rise slowly and groggily finish his round – he happened to be on his last hole of the day – did we know that something more grievous was involved.

It turns out, Day has for some time reportedly suffered from 'positional vertigo,' an abbreviated form of benign paroxysmal positional vertigo (BPPV), described as the most common form of vertigo. It's a condition in which tiny crystals, which healthline.com says are bits of calcium, break loose and float in your inner ear's fluid. Vertigo's main symptom of dizziness is a sign that your brain is receiving "confusing messages about your body's position," adds healthline.com.

Other major types of vertigo include vestibular neuronitis (severe dizziness which can last two to three weeks, says webmd.com, and may be caused by an infection with a virus) and Meniere's disease (brought on presumably by stress, eating salt, and/or drinking caffeine and alcohol). Vertigo's other typical symptoms include nausea and vomiting, loss of balance, hearing loss and/or ringing in the ears (tinnitus), and vision problems, such as "feeling that things are jumping or moving" when they're not, says a New York Times report. "The spinning sensation," the Times continues, "is usually triggered by moving your head; (it) often starts suddenly, and lasts a few seconds to minutes."

Of special concern in the world of vertigo is what webmd.com describes as "central vertigo," a more serious condition that is believed to be the result of disease or injury to the brain, perhaps to include multiple sclerosis, migraines, brain tumors and strokes.

Anyone wanting to experience what Day might have felt can do so for the price of admission at an amusement park (think Six Flags) or a traveling carnival, where rides such as rollercoasters or tilt-a-whirls can give you "the feeling that the world is spinning around you," as described at webmd.com. "But if you feel dizzy and didn't just step off a roller coaster, check with your doctor to see if you've got one of the two most common forms of vertigo: central and peripheral [i.e., BPPV]."

The most impressive thing about the aftermath of Day's vertigo-induced tumble wasn't that he got up and finished his Friday round; it was that he returned to the long, tough and taxing course the next day to shoot a dazzling round of 68 that shot him up into a tie for the 54-hole lead. This, despite his feeling dizzy and nauseated much of the day, several times nearly walking off the course before deciding to stick it out.

There is no known cure for vertigo, and medicines – such as Meclizine, antihistamines, and Benzodiazepine medications – have had, at best, mixed results in alleviating symptoms. There are, however, manipulation treatments that have proved successful, provided they are performed by qualified healthcare professionals. One such procedure is the Epley maneuver, a series of quick head movements designed to properly reposition the floating crystals, thus reducing irritation to the inner ear and alleviating symptoms, says medicinenet.com.

Home remedies aren’t highly recommended, but the dizziness can be managed by being vigilant of your surroundings and not putting yourself at risk of a fall; sitting down; making sure your home has adequate lighting; and avoiding known triggers that bring on symptoms. If the symptoms don't lessen, or, worse yet, you start experiencing weakness, slurred speech and/or vision issues, it's time to call your healthcare provider.