Staying Focused Means Concentrating on What You Eat 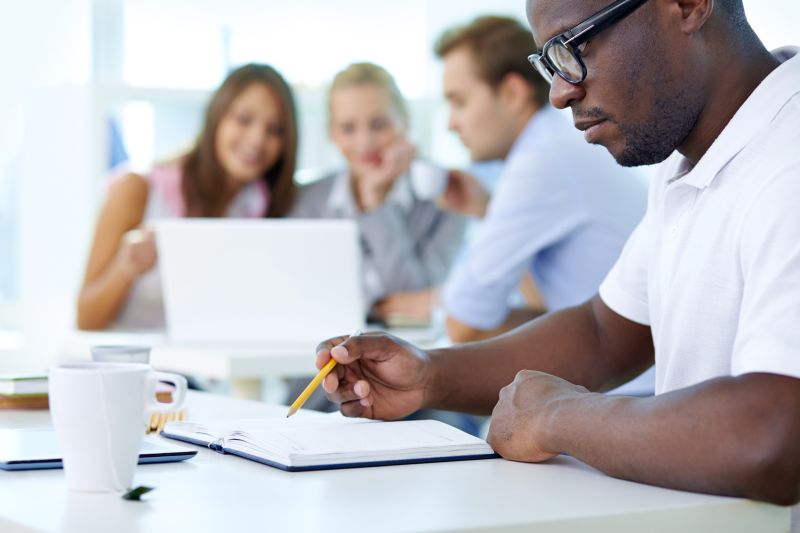 It's mid-morning on a Monday, a fresh new work week, and already you're having trouble focusing. You’ve been at your desk about two hours, and you're slaving away on your computer. A half-dozen distractions are pulling at you, however, and none have anything to do with work productivity.

Your work email inbox is filling up, you're dying to check the notifications on your Facebook page, it's been 15 minutes since you let that personal phone call go to voicemail, that restless night of so-called sleep has drained your gas tank, the boss just dropped by to tell you she has moved up the weekly status meeting by 30 minutes and your stomach is growling. All things considered, your concentration level is kaput and your mind is in disarray.

Five percent of your work week is over, and already you are in need of another weekend. Yes, you deserve a break today. But let's think about this (sorry, one more distraction, but this is a good one). Another cup of coffee might give you a quick kick, but it's clear you need a longer-term solution. It's time to get back on track so you can work more efficiently, boosting your brain power via a few simple lifestyle changes.

What and How You Eat Matters

Let's start with what you eat and drink, as well as what you shouldn't munch or gulp. Coffee, a coke or a Red Bull might give you a boost for an hour two, but that's a jolt when what you really need is a steady push for the weekly marathon. "What you don't reach for is as important as what you do," New York City-based nutritionist Cindy Moustafa said to Fox News magazine, quoted at news.health.com. "Energy drinks are often loaded with sugar and way more caffeine than coffee, which can cause jitters and heart racing. Even if it says sugar-free, it's loaded with chemicals, and it's in no way beneficial to your health."

To help keep your mind from being further shrouded in a fog that can confuse you and make any task seem three times as hard as it really is, news.health.com recommends several foods aimed at bolstering your productivity: oatmeal, dark chocolate, water, blueberries, salmon, green tea, beets, bananas, spinach and eggs.

That's right, water. "Thirst and dehydration can cause fatigue," Moustafa says. "If you reach for a cup of coffee or an energy drink, it will actually dehydrate you further, causing you to feel worse later. So before you do anything, drink a tall 10-ounce glass of water. Squeeze some fresh lemon in it for a little extra kick." Blueberries in the form of blueberry juice, according to the Journal of Agricultural and Food Chemistry, have been shown to enhance learning and memory if consumed every day for two months.

Another food deemed beneficial for your ability to focus is avocado, which, forbes.com says, assists in the functionality of your brain while developing your ability to apply your thought process right where it needs to be focused.

Nuts to that, you say? Actually, that's not a bad idea, either. Eating a variety of certain nuts in moderate amounts can help bring order to your thoughts. Canadian neuroscientist Sylvie Tremblay, writing for healthyeating.sfgate.com, recommends nuts rich on Omega-3 fatty acids (i.e., English walnuts), zinc (cashews, almonds, peanuts), and Vitamin B-6 (pistachios, hazelnuts, walnuts). An occasional handful of these nuts mixed or used in otherwise-healthy recipes (blueberry pie or an avocado/spinach salad, perhaps?) are two of the routes you can go. There is nutritional science involved here: for example, zinc plays a vital role in nerve impulse transmission, which supports cognitive function. As for Vitamin B-6, Tremblay says, it aids in the brain's production of dopamine, a neurotransmitter involved in brain cell communication.

It's About More Than Just You Too

Think of your children, too. Brain development and growth depend heavily on nutrition, so make time in your busy schedule to shop right. A child's diet, says livestrong.com, should include healthy fats (there's those Omega-3's again), proteins, amino acids, thiamin, riboflavin, niacin, folate, and Vitamins B-12, B-6, A, C and E.

Whether it's for you or for child, this is one test you want to ACE.

Quick View
Add to Favorites
Advanced Sublingual B-12 with Folate, B6 & Biotin
(250 Tablets)