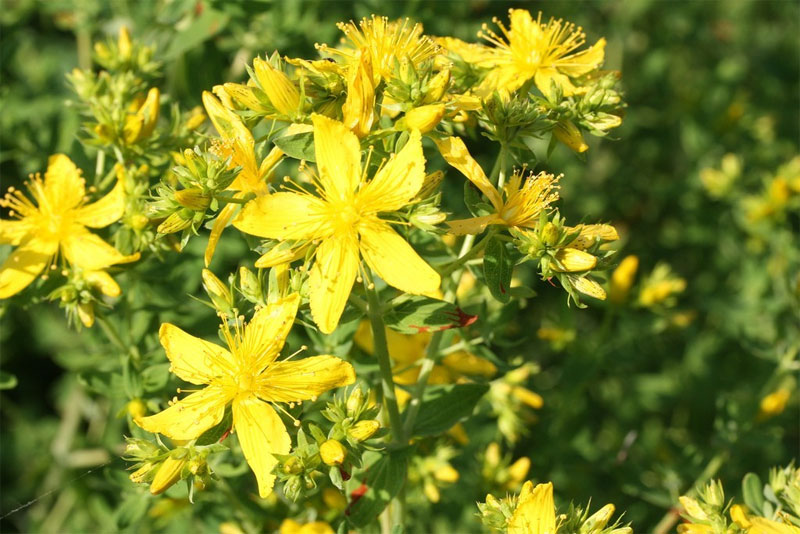 It’s got a strange name, but one thing about St. John’s Wort is that it’s not an antidote for those skin bumps that, according to childhood myth, appear after you handle a toad. It is actually an herbal remedy – and a dietary supplement – that has had success treating mood disorders such as nervousness, although St. John’s Wort still is a bit of a mystery to many people who want to know exactly what it is and how it’s supposed to be taken.

Also known as Perforate St. John’s wart, Tipton’s Weed and Klamath weed, per medicalnewstoday.com, St. John’s Wort has been used for centuries in folk medicine. Most often it has been given to help in the healing of wounds. In medieval times, it was even administered to those who, it was believed, needed to have “the inner devil” driven out of them.

St. John’s Wort comes from a yellow, flowery plant known as Hypericum perforatum. It’s named after St. John the Baptist, whose June 24 birthday is usually right around the time the plant hits full bloom, per draxe.com.

The word “wort,” by the way, is not a misspelling for those “toad-induced” skin bumps (aka warts) – it is an old English word for “plant.” It is most commonly used to treat mild to moderate cases of depression, with symptoms that include anxiety, tiredness, loss of appetite and trouble sleeping. St. John’s Wort, a dried herb, is most often available in liquid or capsule form, and it can also be used as a tea, per webmd.com.

Science and health experts say the herb gets its main medicinal punch from an active chemical known as hypericin, although other chemicals are believed to play a role in St. John’s Wort’s medical effectiveness. Hypericin, a naphthodianthrone, is believed to be an antibiotic as well as antiviral and a non-specific kinase inhibitor, the latter a characteristic that plays into St. John’s Wort’s perceived value in treating mood disorders, and perhaps even depression.

Studies are mixed in determining whether St. John’s Wort is truly effective in treating major depression. Some studies, per medicalnewstoday.com, have shown it to be more effective than a placebo and as effective as tricyclic antidepressant drugs in treating mild-to-moderate depression, at least for the short term (one to three months). Also, studies have shown St. John’s Wort to have fewer side effects, such as loss of sex drive, than those associated with prescription antidepressants.

A word of caution: some herbal medications, and this includes St. John’s Wort, have been known to interact unfavorably with prescription drugs, such as antidepressants that have been prescribed for the long term for patients suffering from major or severe depression. Before attempting to use St. John’s Wort specifically as an antidepressant – and this is especially true for anyone so diagnosed and already on prescription(s) – a consultation with your physician or psychiatrist is in order – no ifs, ands or buts.