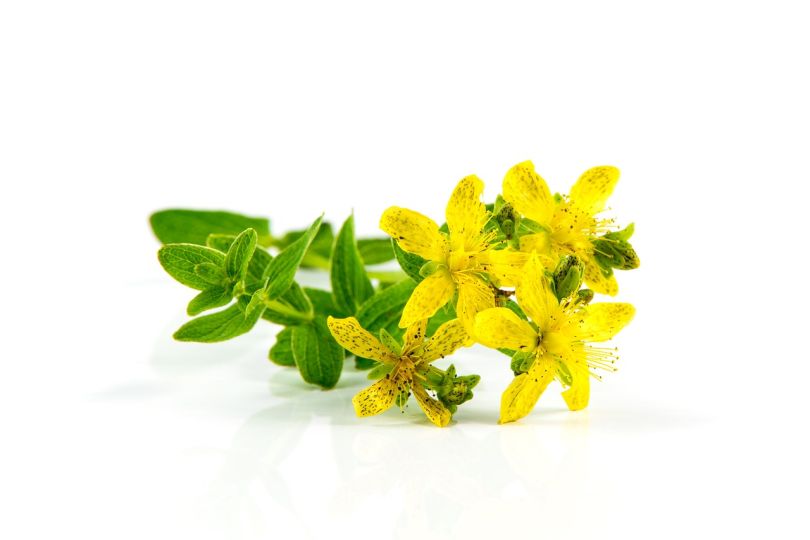 The second question first. St. John’s wort does not refer to those nasty, ugly things that pop up on your skin from time to time, attributed in lore to the touching of toads. First of all, the spelling is different. The herb is spelled w-o-r-t; the skin thing w-a-r-t. As for St. John’s wort, it is a flowering shrub distinguished by its yellow, star-shaped petals. It is native to Europe and Asia, and its name is derived from the fact that it often blooms right around the time of John the Baptist’s birthday in late June, per Mayo Clinic. Note that it also has been called rosin rose or goatweed, per organicfacts.net. Additionally, it is sometimes thought of as a weed in some parts of America, per webmd.com.

St. John’s wort reputation as a health benefit centers on its reported ability to treat mild or moderate depression, although its use is questionable for sufferers of severe depression, anyone already taking prescription antidepressants, and women who are pregnant or breastfeeding.

The herb’s popularity and usefulness in treating milder forms of depression is attributed to its active ingredients. These include hypericin, hyperforin, and adhyperforin, each of which, per healthline.com, can boost levels of the brain’s chemical messengers, to include serotonin, dopamine, and noradrenaline. These in turn can improve and regulate your mood without the annoying side effects of some antidepressants prescribed by health professionals, such as loss of interest in sex.

A number of studies have shown St. John’s wort able to hold its own when compared to prescription medicines for treating depression. Per healthline.com, an analysis of 27 different studies comparing St. John’s wort to antidepressant medication found that the herb produced similar benefits to the drugs, and with fewer side effects, for those with mild to moderate depression. Another controlled study involving more than 200 people taking 900-1,800 milligrams of St. John’s wort for six weeks experienced a 56.6 percent drop in their depression score compared to a 44.8 percent decrease for those given antidepressants.

Care and caution as well as due diligence are in order for anyone contemplating adding St. John’s wort to their daily regimen: start with a visit to and consultation with your personal physician. Note, too, that excessive use of the herb is discouraged as its use in higher quantities has been linked to symptoms such as sleep issues, upset stomach, raised blood pressure, and fatigue; keep in mind, though, that symptoms such as those are also commonly associated with depression.

Other Benefits of St. John’s Wort

Although St. John’s wort is most closely associated with depression, it's benefits go well beyond just mood enhancement, it reportedly provides benefits in a number of other health areas, such as the following: