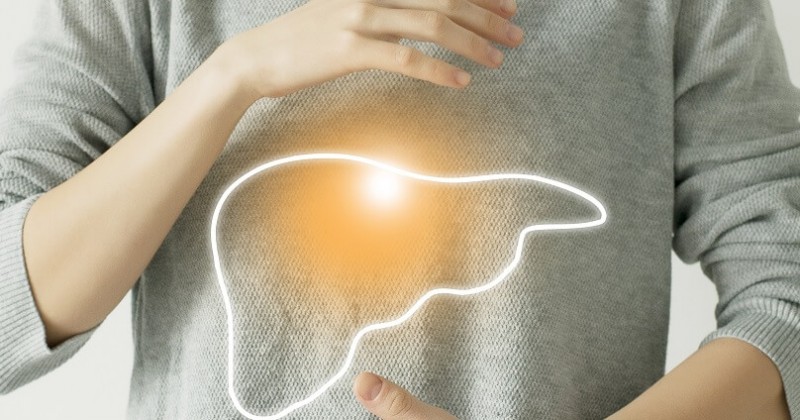 What Does the Liver Do?

The liver is responsible for more than 500 functions in the body. Some of the foremost functions of the organ have to do with regulating substances in the blood; These include regulating blood-sugar levels, removing toxins from the blood, and removing bacteria from blood.

The liver also produces bile, a fluid that enables the digestion and absorption of fats in the gastrointestinal system. Bile also helps get rid of waste and toxic substances by delivering them to the intestines, where they are excreted.

Two main lobes, consisting of eight segments and roughly 1,000 smaller lobes (called lobules), make up the liver. These lobules are attached to various ducts in the gallbladder and other organs, and it is through these ducts through which both bile and blood pass. Blood also flows into the liver through the hepatic artery and hepatic portal vein.

Aside from regulation of substances in the blood and bile production, other liver functions include regulating blood clotting, production of cholesterol and various proteins, and the processing of hemoglobin for the absorption of iron.

There are various types of liver disease with various causes, but manifestations of it tend to have the same characteristics. Common causes include viral infection, genetic influence, autoimmune disease, alcohol consumption, and poor diet.

Liver disease usually begins with hepatitis. Hepatitis is dysregulated inflammation within the liver, and it can be caused by a virus or by overindulging in certain unhealthy foods.

When inflammation continues beyond a normal point, excess collagen forms around the liver causing an excess of stiffening around the liver tissue. This is a form of scarring called fibrosis, and it can prevent blood flow to the liver, and lessen its ability to function as time goes on.

Liver disease often isn?t noticed in its mild or moderate form because there are little-to-no noticeable symptoms of fibrosis for a long time. If the fibrosis is spotted in time during a medical-check up, then it can be treated and reversed. If not, then cirrhosis can develop. Cirrhosis is severe, irreversible scarring around the liver. It is often life-threatening and can lead to liver cancer as well.

It is critical that a healthy lifestyle is in place to prevent liver disease. Eating healthy foods and avoiding excess fats bodes well, as does getting vaccinated against hepatitis.

Next, we take a look at some supplements that are acclaimed for their ability to bolster liver health and prevent degradation over time. Speak with your doctor before incorporating any of these supplements into your diet.

Ginger is a root with the potential to help the liver by. reversing damage caused by bile duct blockage. This is a type of dysfunction that might occur during the course of liver disease. When taken in tandem with garlic and Vitamin E, it can be especially helpful in oxidizing fat cells in the liver and reducing inflammation.

Turmeric, a spice related to ginger, has real potential to help reverse liver damage. One study shows that turmeric can do a few different things to combat inflammation. It helps to combat the effects of having excess substances in the body, including iron and others. It also might help reverse cirrhosis to some extent.

Milk thistle is the most-often-used herbal ingredient to treat liver issues in the U.S. Milk thistle contains an ingredient called silymarin which is capable of doing a few different things to help the liver. One study suggests that the antioxidant properties of this ingredient can help reduce liver inflammation, protect liver cells from damage, and regenerate liver tissue.

Vitamin E is useful for overall health, and preventing risk factors for liver disease such as obesity and diabetes. It is specifically beneficial for adults with non-alcoholic steatohepatitis, who are both non-diabetic and non-cirrhotic.

Dandelion Root is a common weed that has medicinal potential for liver health, among other things. It has antioxidant properties that might help to prevent metabolic syndrome, which is a contributing factor to liver disease.

Artichoke leaf, taken from the plant, might be useful in protecting the liver and helping it regenerate lost cells. Research on this substance and the liver is conflicting, but a couple of studies suggest that artichoke leaf might reduce the markers of liver damage.