Seven Ways to Stave Off or Even Reverse Diabesity 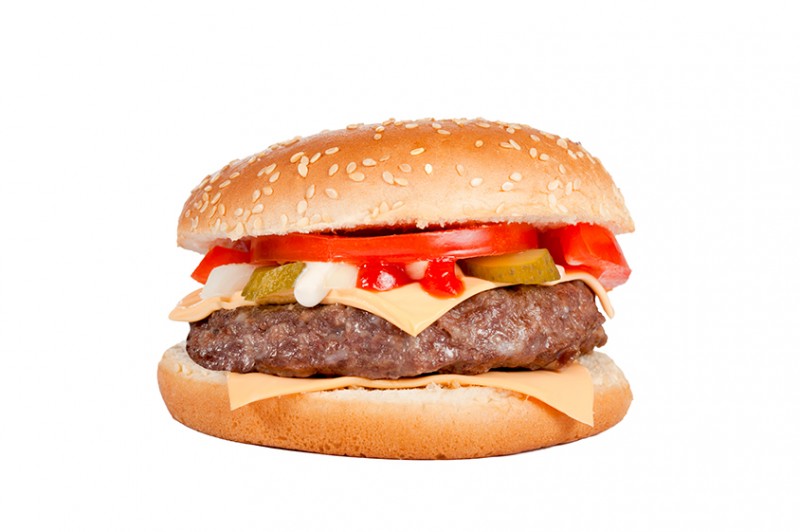 Being overweight and having high blood-sugar levels often go together like peas and carrots—if only we could make that connection in our real lives. Think of it: if we could stick to a diet that made more use of peas and carrots (as well as other vegetables as well as fruits), chances are we would be at much less risk of being obese and having type 2 diabetes, assuming we aren't in that danger zone already.

Having both of those conditions is what's known as "diabesity"—a hybrid term that apparently has been coined in the last couple of decades, although credit for its origin has been bestowed on several different healthcare professionals. Regardless where its name came from, diabesity refers to a metabolic dysfunction that can run the gamut from a mild blood-sugar imbalance to full-bore type 2 diabetes.

A diagnosis of diabesity translates to a higher risk of cardiovascular disease, high cholesterol and high blood pressure—all because of poor diet (think an abundance of sugar, for starters) and a sedentary lifestyle (too much being parked on a seat or sofa while on the computer or watching TV, or doing both). Cleveland Clinic's Dr. Mark Hyman, recognized as one of the world's authorities on diabesity, also points to environmental toxins as a contributing factor.

"The reason these dietary and lifestyle factors lead to diabesity is because they create a condition known as 'insulin resistance,' " Hyman writes, at drhyman.com. "Contrary to what most people think, type 2 diabetes is a disease of too much, not too little, insulin. Insulin is the real driver of problems with diabesity.

"When your diet is full of empty calories and an abundance of quickly absorbed sugars, liquid calories and carbohydrates (like bread, pasta, rice, and potatoes), your cells slowly become resistant to the effects of insulin and need more and more to do the same job of keeping your blood sugar even."

An important point: you don't have to be, well, fat or even pleasantly plump to be at risk of diabesity. Perhaps you've heard of the expression "thin on the outside, fat on the inside." Even more sobering, a few statistics: More than one billion people worldwide are directly affected by diabesity, and that includes about 100 million Americans. "Recent statistics suggest that diabesity may already be the leading cause of chronic disease and death in the world, and its impact is expected to rise dramatically in the next 25 years," says Chris Kresser, an alternative-medicine practitioner and author of the blog "Let’s Take Back Your Health—Starting Now."

Some of the symptoms related to diabesity include the following:

Our body's tendency to store fat is not a recent phenomenon—it's how we've been wired since the dawn of man as a survival mechanism so we can sustain ourselves through lean times. Well, even during tough economic times these days, our lean days are over. Chalk one up for junk food, etc. Our lifestyles are much more sedentary nowadays and therefore we don't burn off the fat. As diabesitydoc.com puts it, "No need to go out and hunt and gather for every meal!"

There is more than a glimmer of hope, though. Here are seven steps to take to ward off or even reverse the effects of diabesity (in no particular order):

1. Eat a healthy diet. This encompasses 365 days a year. Cut way down on the junk food, if not eliminate it entirely. Do away with sugar and processed carbohydrates (children especially!) and replace with lean protein (chicken or fish), vegetables, nuts, seeds, beans and whole grains, according to pediatrician Dr. Kimberly Dozier, writing in Florida Today.

2. Exercise. Six days a week of high-intensity interval training and a strength regimen is what organicandhealthy.org recommends. (Hint: run this by your personal physician first, OK? He or she might want to tweak that some.)

3. Deal with stress. Lots of high stress can wreak havoc on our metabolism, which in turn can lead to weight gain, insulin resistance, etc. Yes, you can control your own stress. Work on it, and chill.

4. Skip processed meats. Back to the subject of diet. Processed meats are loaded with preservatives and added sugars. Those packaged sliced or curated lunch meats? Not today. Skip them tomorrow, too. Dr. John Dempster, a naturopathic doctor, writes on huffingtonpost.ca, "Get grass fed and organic as often as possible."

5. Sleep well. Not just the quality of the sleep, but quantity as well. Shoot for at least seven, preferably, eight hours' minimum.

6. Get Your Proper Nutrients. Taking a daily multivitamin is a start. Common nutrients found lacking in diabetics and even pre-diabetics include Omega 3's, B vitamins, Vitamin D, magnesium, chromium and alpha-lipoic acid, per Dempster. The right supplements can lend a helping hand.

7. Know Your Numbers. Many of us prefer living in denial, not wanting to know our numbers. In this case knowledge is power. This means knowing not just what your weight and blood-pressure numbers are, but also your blood sugar and BMI, among others. Keep a journal; chart your progress. Research has shown that those who track their results lose twice the amount of weight and do twice as well in other measurable areas. Sounds like a plan.