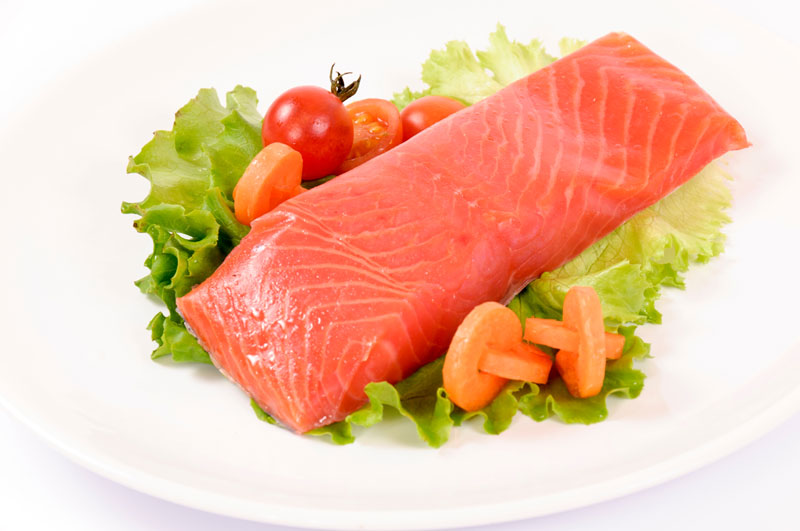 When it comes to reaping the benefits afforded us by the omega-3 fatty acids found in fish, salmon oil earns a well-deserved spot on the conversation. One way of taking advantage of salmon’s omega-3 fatty acids is by buying, grilling and eating salmon; a healthy alternative is salmon oil that is offered in the form of a popular nutritional supplement.

Salmon is an excellent source of the omega-3 (polyunsaturated) fatty acids. Per livestrong.com, each tablespoon of salmon oil, typically, contains 1.8 grams of eicosapentaenoic acid (EPA) as well as 2.5 grams of docosahexaenoic acid (DHA). Together these acids are responsible for providing many of the health benefits we can enjoy, starting with cardiovascular health and a lowered risk of heart attack and coronary heart disease.

Salmon oil’s versatility also is evident in its ability to fight against inflammation within the body; it does this by inhibiting the functionality of NFkB, a gene that produces inflammation, which, in turn, not only plays a role in increasing the chances of heart disease but also in the development of rheumatoid arthritis.

It helps to know that, according to Harvard University research cited by draxe.com, omega-3 fatty acid deficiency is one of the top 10 causes of death in America; close to 100,000 lives are lost each year because of the lack of omega-3. It’s also important to know that the human body is incapable of producing omega-3 fatty acids on its own – they can only be obtained by what we consume.

Health experts have identified more than a dozen benefits associated with salmon oil and other fish oils. Here’s a few of the more noteworthy of those, some of them which have already been touched on to some degree: