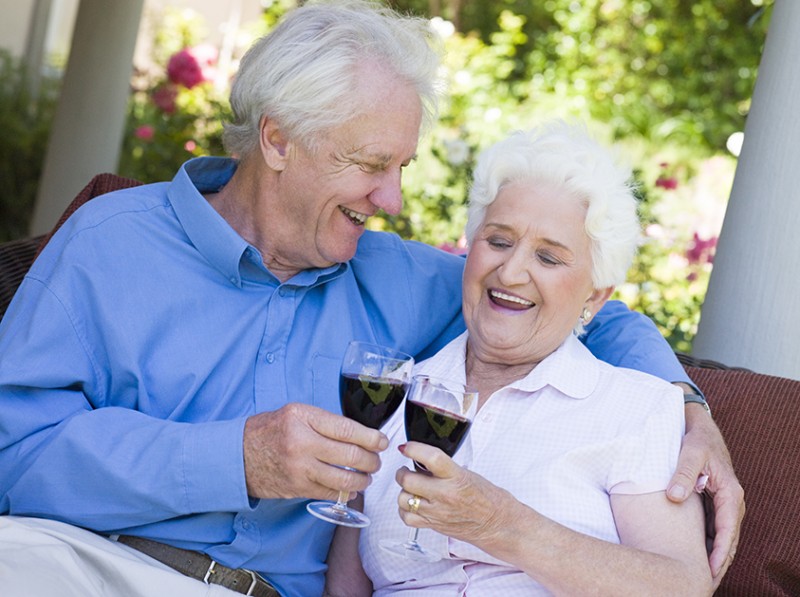 Maybe it's time to consider pouring a glass of red wine (or grape juice) and sitting down to enjoy a healthy snack of peanuts, grapes, dark chocolate, cranberries and blueberries along with a dash of cocoa. What do all these delectables have in common? They are sources of resveratrol, a powerful antioxidant that some experts have even touted as a potential fountain of youth.

Resveratrol belongs to a group of compounds, numbering in the thousands, known as polyphenols. These are found in natural plant food sources and are produced, according to medicinenet.com, as one of nature's ways of bolstering a plant's ability to fight off disease.

Polyphenols play a vital part in helping to maintain our health and wellness, as well. They are antioxidants working to guard our cells from free radical damage, which is how we get the claim that these plant-based substances can control the rate at which we age.

Research on resveratrol is incomplete, but enough testing has been done, mostly in animal studies, that shows it can help protect us against the following:

One always must be careful when labeling any compound or substance as a "fountain of youth," but a number of experts have put that tag on resveratrol, although it is best not to take that literally.

Resveratrol is most closely affiliated with red wine and grapes, muscadine grapes in particular. This brings us around to what's known as the "French Paradox." What that refers to is a reported tendency for French people to have very good cardiovascular health even though their dietary habits are suspect – French cuisine is known for its finesse and flair, which translates into fatty food on occasion.

Chalk up that paradox thing to their love for red wine, although this is not to be interpreted as a green light for you to stock up on Cabernet Sauvignon or Nebbiolo and start drinking away your evenings to good health. Au contraire. A safer bet is buying some resveratrol supplements and following the directions.

About that purported anti-aging aspect of resveratrol found in red wine, though, CBS News in 2013 came out with a report saying that "Harvard Medical School researchers are saying they have confirmed that compound resveratrol that's found in red wine does provide anti-aging benefits." OK, maybe just a few sips here and there, at most one glass a day for, say, one or two days a week. Please, though – no drinking and driving. That French Paradox does not cover the dangers of being behind the wheel with an excess of that red wine inside of you.