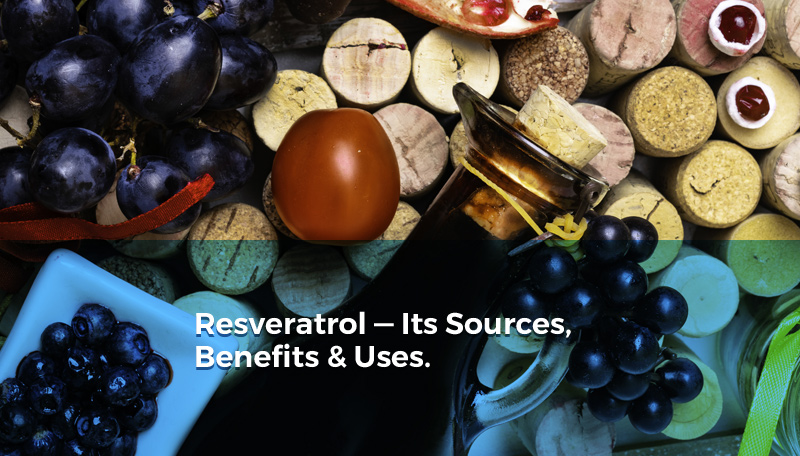 We all know all too well that drinking and driving don’t mix, that there’s not much good to be gained by drinking too much alcohol. Drinking a moderate amount of red wine, though, can apparently be a boon to our health, starting with how it seems able to protect brain function and lower blood pressure – and that isn’t all.

The key ingredient to red wine’s purported health benefits is a substance known as resveratrol, a plant compound that serves as an antioxidant, per healthline.com. To those of you who don’t drink or are too young to be imbibing alcohol legally, you are in luck when it comes to getting your hands – or at least your digestive system and bloodstream – on resveratrol.

It can also be found in some berries, such as blueberries, as well as in peanuts and, as you might have guessed, grapes, where the compound tends to be found mostly in the skins and seeds (as is the case with the resveratrol-laced berries). Per healthline.com, these parts of the grapes are included in the fermentation of red wine, which explains its lofty concentration of resveratrol.

Other foods found to contain resveratrol include pistachios, raw cacao, and, yummy, dark chocolate. Things are looking up, huh?

What Makes Resveratrol So Special?

Resveratrol belongs to a class of antioxidants known as polyphenols, which researchers believe can help protect blood vessel linings in your heart, per mayoclinic.org. Also, resveratrol consumption has been associated with a reduced risk of inflammation and blood clotting, with both conditions possible precursors of heart disease.

Part of the apparent link between consumption of red wine and a lower risk of heart attacks in those who drink the red vino aren’t completely understood, although it seems that the antioxidants might boost HDL (good) cholesterol and ward off the buildup of bad cholesterol.

An important note to keep in mind: too much alcohol in your body can produce damaging effects, which is why health professionals praising the benefits of red wine and resveratrol are quick to warn against anything more than moderate consumption – which can generally be considered as something less than daily drinking of red wine and steering clear of getting tipsy, or worse, Take it easy, in other words, and live longer.