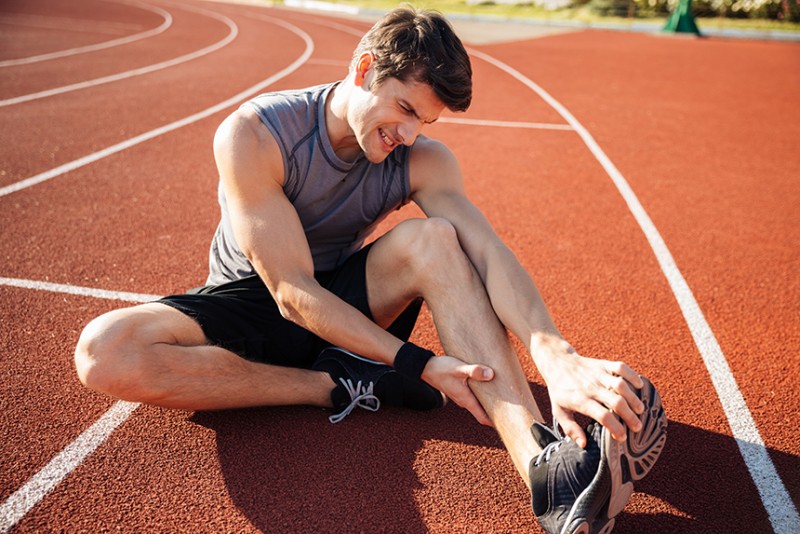 Muscle spasms and cramps might not be a big deal to someone who has never experienced them, but they can be extremely painful – sudden, without warning – and yet they can disappear just as fast without a trace (except a memory). It is at times like this that muscles seem to have a mind of their own, producing an involuntary tightness, hardness or bulging feeling in a muscle.

The sensation can also be described as a muscle twisting itself into a knot, accompanied by plenty of pain. One of the more common spots where muscle cramps or spasms occur is in the leg, specifically the calf, and it can happen in the middle of the night just as it can in the middle of the day. They also can hit the abdomen, arms, hands and feet, as well as the hamstrings, quadriceps and along the rib cage, per healthline.com.

Muscle spasms can be an indication of chronic conditions, such as multiple sclerosis and muscular dystrophy, and they can be a source of great discomfort for individuals already suffering from acute neck or back pain. Women who are pregnant are susceptible to muscle spasms due to the relatively sudden weight gain.

Most instances of muscle spasms are fleeting, lasting only a minute or two, if that, and are considered harmless, although they can make it temporarily impossible to use the affected muscle. They also are a common burden to bear among athletes, especially those competing in hot weather, such as football players, where dehydration can be a contributing factor. Endurance athletes, such as marathon runners and triathletes are prone to muscle cramps – also unaffectionately known as “charley horses” – in that such prolonged activity can lead to overuse of a muscle (or even more than one).

Age (resulting in loss of muscle mass) and other medical conditions (i.e., diabetes or nerve, liver or thyroid disorders, per webmd.com) are among other factors that can increase the likelihood of muscle cramps or spasms. Muscle spasms occurring in the back, particularly the lower back, can be a sign of an injury to muscles, tendons or ligaments, or a more serious medical condition. That’s when a visit to your physician is in order. Heavy lifting, per healthline.com, is a common cause of back spasms.

Many times, muscle spasms and cramps can be gone so quickly that by the time you look up an on-the-spot remedy to perform, there no longer is a need for them. For most of us, the natural tendency is to immediately react by grabbing – between gritted teeth – at the affected spot to vigorously rub or massage the pain away. Beyond that, when the condition persists, here are 10 natural relaxants, preventatives or remedial actions to consider next time you are assaulted – and, yes, that is an accurate way to describe them in many instances – by a muscle cramp or spasm: