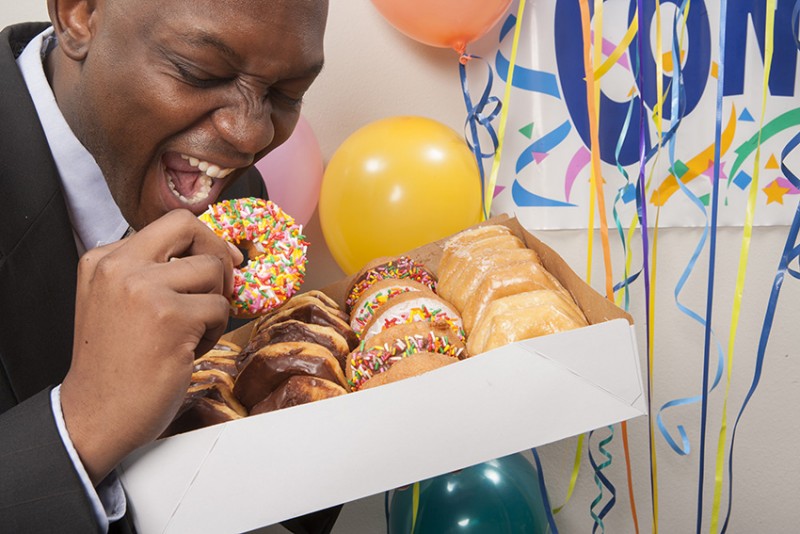 With this being the 27th annual National Eating Disorders Awareness Week, this is an appropriate time to explore the latest in what science now knows about eating disorders and possible treatments. One thing we've always known: eating disorders can cause damage both physically and mentally, and it can take years before a sufferer admits to having a problem and then pursue treatment.

The three most common forms of eating disorders:

Despite what you might think, you can't tell if a person has an eating disorder just by their appearance. Most symptoms are psychological, and because most sufferers when asked will only say they feel fine, getting bloodwork done to detect internal issues may be the only means to detect such an issue.

Regarding myths often heard about eating disorders, in particular anorexia or bulimia, here are several that activeminds.org singles out:

Those are all false assumptions. You can add to that list that only females have eating disorders; it is estimated that 10 percent of all sufferers are male. Also, body image plays only a small part among factors that contribute to eating disorders. In essence, culture and environment are not the driving forces behind an eating disorder.

More likely, health experts say, eating disorders are coping mechanisms grounded in hidden issues such as depression or anxiety. Genetics also has a role. Anyone with a family member who has an eating disorder is seven to 12 times more likely to develop a disorder of their own, per clevelandclinic.org.

Evidence is mounting, claims the American Psychological Association (APA), that eating disorders begin in the brain. For one thing, health experts familiar with eating disorders have found that people with anorexia or bulimia share similar temperaments. "When they're children, before the onset of an eating disorder, these tend to be kids [who] are anxious, obsessive, perfectionistic and achievement-oriented," says Walter Kaye, MD, director of the Eating Disorders Treatment and Research Program at UC-San Diego School of Medicine, quoted at apa.org.

A flawed reward-processing system in the brains of people with eating disorders has been pegged as a feature of the diseases. Animals, not just humans, are ingrained with the ability to learn from rewards, a process notably powerful when it comes to eating behaviors. It is a process that breaks down, for example, in anorexia: "There's an altered balance in people with anorexia where they have difficulty coding reward, and they're oversensitive to punishment," Kaye says.

The neurotransmitter dopamine – the release of which is most often associated with what we experience as pleasure – factors into this reward-system process. Most people find eating a pleasurable activity. People with anorexia, however, have reported that sitting down to eat is a source of worry, even anxiety. Kaye and colleagues say the release of dopamine in the dorsal striatum triggers anxiety instead of pleasure for anorexics.

There is no known cure for eating disorders. Treatments have been shown to be effective, even though relapses can occur. Mental-health counseling is usually the main part in the treatment of eating disorders, with cognitive behavior therapy almost always involved. Patients are encouraged to recall the basis for their negative thoughts and behaviors and, over time, taught how to think, behave and cope in a positive manner, says sciencenewsforstudents.org.

Because conditions such as anxiety, depression and even drug abuse can accompany eating disorders, those also will need to be involved in the treatment of patients. Toward that end, doctors, therapists and even nutritionists can provide guidance in the patient's overall treatment.