Mushrooms Nothing to Get Mushy About 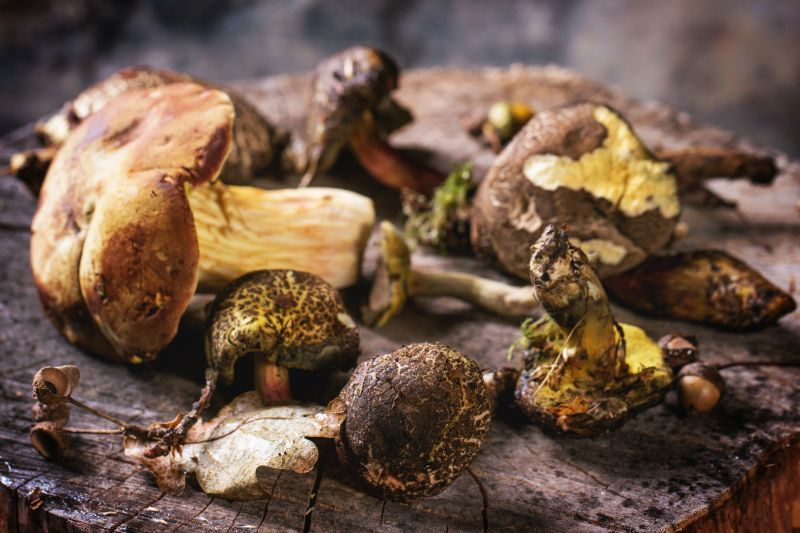 When it comes to the psychedelic world of 'mind expansion,' 'cosmic consciousness' and all that sort of stuff, certain mushrooms have long been a go-to choice among free spirits in search of hallucinogenic substances.

'Magic mushrooms,' as they are known, have their share of devoted consumers, whose main goal in life obviously isn't good nutrition. Don't lose heart about mushrooms, though. When it comes to healthy eating and health benefits, many species of mushrooms are available (and safe), with the choices in grocery stores and supermarkets now plentiful if you are willing to shop around some.

Mushrooms are officially classified as vegetables, although they really aren't; they are fungi. Not only that, but while we are being told we should be eating a colorful variety of fruits – the more color, the better; the less color, the fewer nutrients – edible mushrooms for the most part are white. That makes them an exception to the veggie rule, although an exceptional source of much of what is good for our bodies.

Other than being an acquired taste for those of us put off by their somewhat yucky appearance (according to the eye of the beholder, admittedly), mushrooms are one of the healthiest vegetables/fungi on the planet. They are naturally low in sodium, cholesterol and calories, according to medicalnewstoday.com, and they can play a role, thanks to the presence of antioxidants and dietary fibers such as beta-glucans and chitin, in helping to ward off chronic diseases. Mushrooms also are rich in B vitamins such as niacin and riboflavin, a good source of vitamin D and a provider of minerals such as selenium (good for the bladder) and phosphorus (strength for bones and teeth) otherwise not easily found in typical diets.

"I happen to love mushrooms," says Marjorie Nolan, a New York dietician, quoted on webmd.com. "They are not at the top of the list of superfoods, but they should be."

Count renowned nutritionist Dr. Andrew Weil among mushrooms' many fans, even offering his tips for delectable preparations. "When I try a new species for the first time, I usually sauté it in a little olive or grapeseed oil to experience its flavor and texture," Weil says, at webmd.com. "Many thick-fleshed mushrooms can be grilled over charcoal and basted with a low- or nonfat sauce. In addition to grilling, simmering in broth and stir-frying with vegetables are great ways to prepare a delicious meal with mushrooms."

In case you're wondering how many species of mushrooms there are, the count runs somewhere around 140,000 species of mushroom-forming fungi, as reported by articles.mercola.com, of which only about 10% are known to current science, says prominent mycologist Paul Stamets. The Mercola website goes on to say that about a hundred types of mushrooms are being studied for their health benefits, and about a half-dozen of those are singled out for their immune-boosting properties – to include anti-tumor capacities.

Of the 900 million pounds of mushrooms consumed annually by Americans, about 95 percent come from the species known as the common button mushroom, as well as its off-shoots the Crimini and Portobello mushrooms. Among other species recommended for consumption are shiitake, maitake and enoki, which, according to fruitsandveggiesmorematters.org, make worthy replacements for white mushrooms when used in recipes. You can include oyster mushrooms on that short list as well.

Know Your Fungi: Healthy or Deadly

When shopping for mushrooms to chop for use on salads or as part of a recipe that involves cooking, sautéing or boiling – all of which are highly recommended to ensure the edibility of them – be very careful about picking your own, for instance, wild mushrooms in a wooded area or someone's backyard: some varieties are toxic, causing severe illness, even death. According to a 2012 The Atlantic article, about 50 to 100 of the thousands of species identified by science are toxic. About 6,000 Americans a year eat toxic mushrooms by mistake, about a half of those children. If you ever suspect you or someone you know has eaten toxic mushrooms, such as those laced with amanitan, don't wait for symptoms to appear, get to a hospital ER or urgent-care clinic immediately.

If you've shied away from mushrooms, maybe now is the time to give them a try. Your body and your health will probably thank you for it.