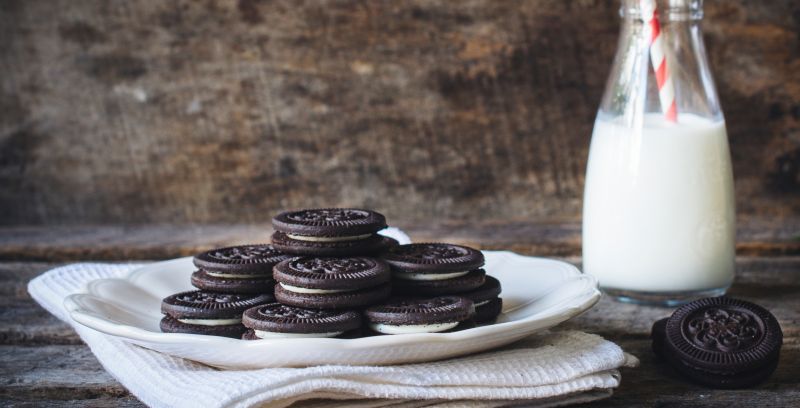 Choosing which kind of milk to buy can be as tricky as buying a car for the first time. You go into the store (or onto the lot) thinking you know exactly what you want, until you see all the choices and start having second (and third and fourth) thoughts.

This isn't like the old days where milk was milk, from the cow and pasteurized, and it magically appeared in bottles left on your front porch by the truck-driving, uniformed milkman. Those were the days; today, it's just a daze, trying to pick the right milk fit for you and your particular health or diet considerations.

Before you get milked out, also consider there's organic vs. conventional, or sweetened vs. non-sweetened. Some come in different flavors, such as vanilla or chocolate. All this is enough to make us scratch our head or drive us to drink – milk, preferably. If a glass of chilled milk was good enough for Barnaby Jones, it should be good enough for us regardless of its makeup, right?

Most nutritionists would say that this plethora of milk choices is a good thing, especially for vegans and those among us who can't drink dairy milk. More than ever, though, it requires a cautious buyer-beware approach, just like that overwhelmed first-time car buyer who hasn't yet learned how to kick the tires.

"The choices also can be confusing," Chicago-based dietitian Dawn Jackson Blatner tells USA Today in a February 2015 article. "You really do need to do some homework and look at the labels."

A good baseline for comparison's sake is regular cow's milk, which offers calcium, potassium, phosphorous, protein, vitamin A, vitamin D, vitamin B-12, riboflavin and niacin as essential nutrients. An eight-ounce serving contains 12 grams of sugar – not added sugar, like many of the other varieties of milk – but sugar from naturally-occurring lactose. From there, let the comparisons begin.

Top 3 Milk Choices for Your Cereal

Soy milk, which is made from the bean extract of soybeans, also wins top prize for daily milk alternative, according to medicalnewstoday.com, because it "has the most similar nutrition profile to cow's milk, with 8 to 10 grams of protein per serving, and (it) is often fortified with calcium, vitamins A and D, and riboflavin."

While plant-based milks such as soy, oat, almond and hemp are seen as viable lactose-free alternatives, meaning they shouldn't do a number on the digestive systems of folks intolerant of lactose, check their labels carefully to see what’s been added. Some weight-loss diets tout the likes of soy and almond milk as worthy tabletop replacements for cow's milk, despite, as pointed out on glutenfreedomproject.com, that some plant-based milks are laced with sweeteners (think sugar cane) and fillers – such as what USA Today referred to as thickening agents like carrageenan and other gums – to provide a texture and taste similar to "real" milk; otherwise, these alternative milk choices would taste nothing like the cow's milk we've all grown up on.

"When choosing a 'milk' beverage, a lot of it comes down to a taste preference," says dietitian/nutritionist and The Small Change Diet author Keri Gans, writing for health.usnews.com. "If you don't have any allergies, then all of them can be included in a healthy diet. … Specifically, keep an eye on protein, added sugar and saturated fat."