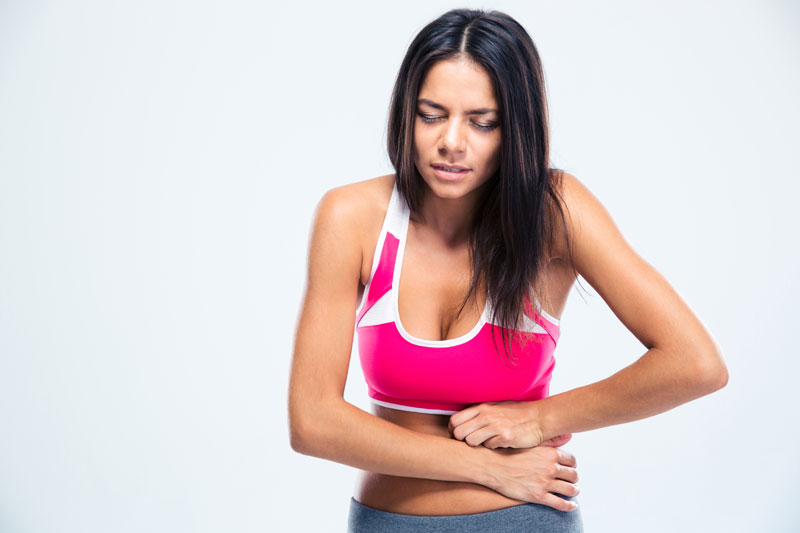 It is one of the great debates regarding female athletes, and yet it is one issue few people are willing to discuss in public. It is the question of whether a female athlete's menstrual cycle can affect – read hinder – her ability to compete at an optimal level depending on the time of the month.

Even if she knows related symptoms had a negative effect on her performance, perhaps in the form of headaches, joint and muscle pain, and/or low energy, how can a girl or woman athlete ever admit that in public without being accused of making excuses?

"It's personal to every athlete, and by no means should it ever be used as an excuse, but, at the same time, it does have an effect," says former British tennis player Anne Keovathong, quoted in a July 2015 medicalnewstoday.com article. Keovathong suffered knee injuries during her playing career, a fact she believes was related to her menstruation.

Research on the menstrual cycle's effect on performance in endurance events, such as distance running, has for the most part been inconclusive, as Runner's World reported in February. "One key point: it's not just about the period itself – hormone levels vary throughout the cycle, with effects on various things like temperature regulation," the article pointed out.

For a series of experiments conducted several years ago in Europe involving female rowers, to include competitive athletes and recreational rowers who treated the sport as a hobby. All of the study's participants were tested several times during the month to account for their regular monthly changes in estrogen levels.

Using a computerized rowing machine, the women's heart rates, oxygen consumption, power output, blood lactate levels and other measures of endurance, strength and general fitness were measured, according to the New York Times. The measurements showed little change, if any at all, regardless of where each woman was in her menstrual cycle. "She could row just as long and powerfully whether her estrogen levels were high, low or in between; whether she used contraceptives; and whether she was an experienced, competitive athlete or a rowing duffer," the Times report said.

Other findings, as mentioned in an abstract from the National Center for Biotechnology Information and the U.S. National Library of Medicine, suggest that a woman's menstrual cycle might have an effect when it comes to prolonged exercise performance in hot conditions. During the mid-luteal phase of the menstrual cycle, when body temperature is elevated, a decrease in exercise time to a measured point of exhaustion is revealed. Therefore, it was concluded, the mid-luteal phase, with its raised body temperature and potentially increased cardiovascular strain, could negatively affect prolonged exercise performance.

There is anecdotal evidence that elite female athletes have been affected by their menstrual cycles during times of peak competition. One recent occurrence involved British tennis pro Heather Watson, who, after being upset in the first round of the Australian Open, attributed her substandard play to "girl things" – dizziness, nausea and fatigue.

Of particular interest is the fascinating case of renowned marathoner Paula Radcliffe, who in 2003 smashed the women's marathon world record (which no woman has come close to beating since) on the first day of her period. Radcliffe ran through the last third of the race – about eight or nine miles – with a significant stomach cramp. "I broke the world record, so it (menstruation) can't be that much of a hindrance," Radcliffe told the BBC, according to medicalnewstoday.com.

Watson and Radhttp://www.medicalnewstoday.com/articles/297154.phpcliffe aren’t alone. Martina Navratilova, at one time the world's No. 1 women's tennis player, admitted that her play during matches was at times affected by her menstrual cycles. There's more. About 85 percent of all women, according to the American College of Obstetricians and Gynecologists, experience at least one symptom of premenstrual syndrome (PMS) as part of their monthly cycle, with emotional and behavioral factors in play alongside the physical symptoms.

There is no myth here. Even in team play, the timing of menstrual cycles is a factor in developing game plans, something the British Olympic hockey team has done. "It's something we didn't want to take chances on," British coach Ben Rosenblatt said, according to medicalnewstoday.com. "You get to the final of an Olympics, you want to control every aspect of your performance."