Menopause Signs & Side Effects, and Help from Nutrition 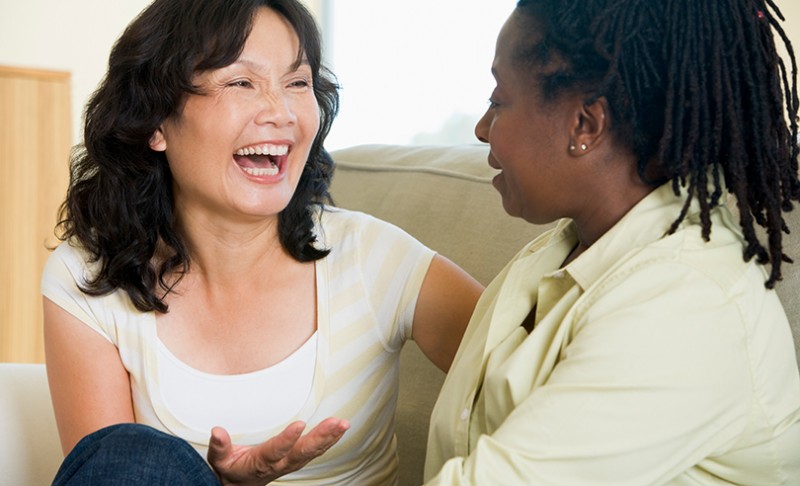 Menopause is one subject that gives pause to women and their health-care providers when it comes to discussing women’s health. For middle-aged women – as well as a few younger and some older – it is the nearly inevitable condition that awaits when a woman’s ovaries quit releasing eggs and menstruation comes to a gradual halt.

Menopause can be described as a transition accompanied by fluctuating hormone levels (estrogen and progesterone are the two main hormones in women, per consumerhealthdigest.com) and a number of symptoms that usually become evident when a woman is in her 40s (sometimes earlier, occasionally later). Even though menopause is a normal part of aging for women, it can be induced by other triggers such as damage to the ovaries, undergoing a hysterectomy, or as the result of chemotherapy treatments, per webmd.com.

When menstruation finally comes to a halt for good, it usually means that the woman’s chances for future pregnancies is no longer possible, as eggs are no longer being released to be fertilized.

Any mention of menopause usually conjures up “hot flashes” as being the most prominent of the signs and symptoms, but there certainly are others. Note that most women make it through menopause without experiencing any complications or major symptoms, although keep in mind that the accompanying symptoms can affect not only the reproductive system but also your bones, breasts, metabolism, skin, hair, brain, etc., per consumerhealthdigest.com. Following is a summary of the most common symptoms beginning, yes, with the hot flashes:

Good nutrition can counter or fend off many unwanted health issues, and that includes menopause. Here are some dietary guidelines, based on information per webmd.com: