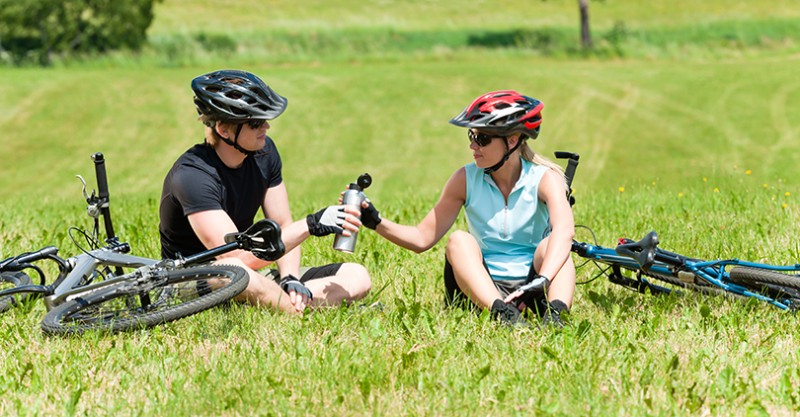 Mushrooms are a classic, sometimes minorly contentious, food in the American diet. Sometimes found on salads and pizza, mushrooms are usually loved or hated. However, they are not often considered for their health benefits, like other colorful plant foods are. Here we take a look at mushrooms and some types that can make for a healthy addition to your diet.

The Background on Mushrooms

Per omniverse-plastikos.com, mushrooms are not actually plants, but rather plant-like fungus that grow aboveground. There are many species of mushrooms in existence, but only a relatively small number of them have been studied and used for human consumption.

Per organicfacts.net, mushrooms (the edible varieties) are well known for the nutrients and other nutritious substances they contain. They have potential benefits in preventing disease, aiding in weight loss, and even improving cognitive health. As a result, they make for a worthwhile component to a healthy, natural, and well-rounded diet.

Many people do not like the taste and texture of mushrooms. So that one can consume the nutrients of mushrooms without actually eating them, the most nutritious and common mushrooms are made into supplement form, and are quite common. These nutritious mushrooms, such as the Chaga mushroom, are condensed into a powder or an extract and made into a gel capsule. Here is a look at some of them:

Chaga. This mushroom species has a long history of use in Siberia and Asia, per healthline.com. Chaga are known for their value in boosting overall immunity, and are thought to have other health benefits as well. Some studies show that it's helpful in battling long-term inflammation, and in promoting the formation of cytokines, which support white blood cells that fight off infections. There is also scientific evidence to suggest that taking chaga mushrooms could be helpful in lowering blood sugar levels, and 'bad' LDL cholesterol levels.

Shiitake mushrooms are common in the U.S., most often for their taste and culinary value. Per mushroomsite.com, shiitake mushrooms (most of which are grown in Japan) are very nutritious as well, containing many nutrients. They are in part composed of many of the same amino acids, substances which comprise proteins, that are found in meat. Scientific evidence suggests that they have an anti-inflammatory effect that is useful in boosting the immune system. They are also useful in reducing LDL cholesterol because they contain beta-glucan, a type of soluble fiber.

Cordyceps is the name for a wide variety of mushrooms, but the one most well-known and used is cordyceps sinensis. Per verywellhealth.com, this species is long-used and highly-valued in China, and increasingly so in the west, for its antioxidant and anti-inflammatory properties. It's also thought to be an energy booster, and has been used as an athletic performance enhancer in the past. There's some evidence to support this, as one 2016 study showed that cordyceps supplements correlated with an increase in maximum oxygen intake (VO2 max) in young adults over three weeks, per verywellhealth.com.

Reishi mushrooms, like most others, also have a history of use in Asia. Per webmd.com, they have been long renowned for their potential in strengthening the functioning of the heart, promoting good memory, and in detoxifying the body. They're now thought to have other health benefits as well. They contain hundreds of different nutrients that are helpful in lowering blood sugar and even blood pressure levels, a trait that might help prevent the risks for diabetes and heart disease. They might also help by reducing fatigue by lessening the damage done by free radicals, toxins which are commonly released as a by-product in the body.