May Is Arthritis Awareness Month 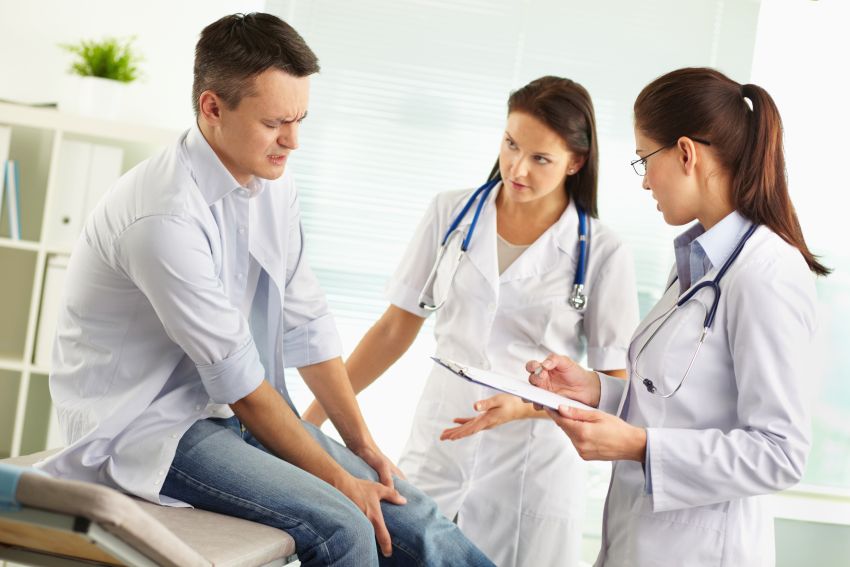 May is Arthritis Awareness month, and maybe you weren't aware that arthritis is not an affliction that targets only the aged. Ditch that mental picture of the oft-depicted elderly man bent forward, one hand on his cane and the other grasping his side as he gingerly steps his way along the sidewalk. Now look in the mirror.

More than half of the tens of millions of Americans who suffer from some form of arthritis, and there are dozens of types, are under the age of sixty-five. More than a million of those sufferers have rheumatoid arthritis, an autoimmune disease which typically strikes men and women in their thirties, although it also has been found in children.

Perhaps the most-famous case of early-onslaught arthritis involved the great baseball pitcher Sandy Koufax, who had to retire in the prime of his career, at age thirty, or, as doctors told him, risk losing use of his pitching arm. That was nearly fifty years ago, though. Modernized medical science and treatments have since prolonged active, healthy lifestyles.

"If you get in early enough with the appropriate treatment, the disease can be controlled, and many patients can get on with their lives," says Dr. Christopher Evans, a professor of orthopedic surgery at Boston's Harvard Medical School, as quoted on health.com.

Arthritis is an inflammation of one or more joints resulting in pain and stiffness of the joints. Of the reported hundred or so forms of arthritis, the most common are rheumatoid, and even more so osteoarthritis, which is estimated to afflict an estimated 20-25 million Americans, the vast majority of whom are senior adults.

"Everybody says that arthritis is one word, but the conditions are quite different," Evans says.

Osteoarthritis usually involves a decades-long breakdown of cartilage covering the bones forming the joint. Rheumatoid arthritis, on the other hand (and, many times, affecting one hand without affecting the other), typically comes on suddenly; the body's immune system attacks the lining of the joint capsule, otherwise known as the synovial membrane, producing inflammation and swelling around the joint. Whereas osteoarthritis commonly affects larger joints such as hips and knees, rheumatoid arthritis is often found in and around smaller joints, such as those in the toes, fingers and hands.

Outside of doctor-prescribed medications, there are a number of at-home and other natural remedies available to treat arthritis symptoms. Following is a list compiled from the Mayo Clinic, health.com and emedicinehealth.com. As always, consult your personal physician or other healthcare professional first: