Licorice Root: One of the Sweetest Adaptogens Around 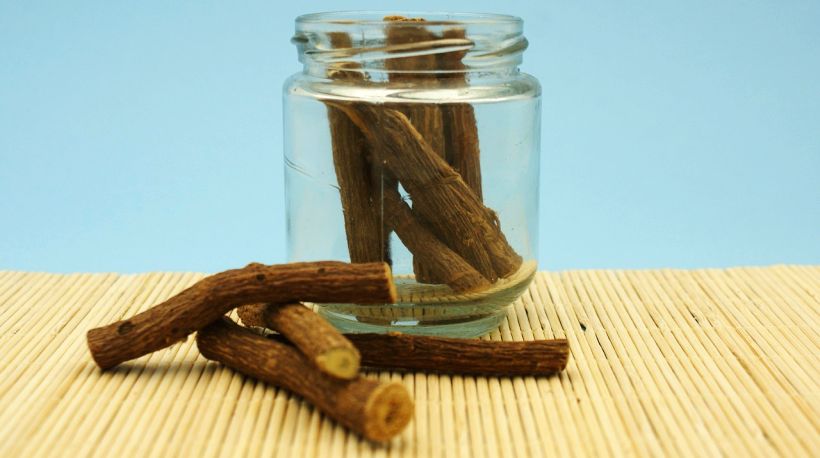 There are times that being a health-food nut is like being a kid in a candy store, and that’s all good (at times). Take licorice root, for instance. Also known as “sweet root,” licorice root has often been used over the years as a sweetener for some candies and beverages. Better yet, it has been used for medicinal purposes for hundreds of years as one of many adaptogens – herbs, or healing plants, that are a staple of natural medicine for their ability to balance, restore, and protect the body.

An adaptogen doesn’t have a specific “fix-it” purpose in terms of our bodily health, but like a thermostat, it can read when stressors or environmental influencers have thrown our body out of whack and things need to be reset, or restored, to normalcy. This basically applies to any of our physiological functions, per draxe.com.

Let’s talk a “for instance” here. Chronic stress – and we’re talking long-term stress here – can eventually lead to adrenal fatigue, which is characterized by symptoms that might include brain fog, weight gain, extreme fatigue, and insulin resistance; the list goes on. If our bodies were, say, rooms in a house, they would be overheating. It would be up to our “thermostat” to kick start the AC so our “house” can be restored to a comfortable temperature. This is what adaptogens do for us, minus the manmade mechanics and electronic sensors.

The term “adaptogen” was the 1947 creation of Russian toxicologist/pharmacologist Dr. Nikolai Vasilyevich, who described these healing herbs as “agents which help an organism to counteract any adverse effects of a physical, chemical, or biological stressor by generating nonspecific resistance,” per wellnessrepair.com.

The use of adaptogens dates to ancient Traditional Chinese and Ayurvedic medicine practices, the goal being to induce a sense of well-being in patients, such as those dealing with issues related to stress and anxiety. At work, adaptogens repair our adrenal system so it can resume operating at peak efficiency in managing our body’s hormonal response to stress.

Dr. Aviva Romm, a Yale-trained physician and author of Botanical Medicine for Women’s Health, refers to adaptogens as the “kings and queens” of herbal medicine for their role in revitalizing our health in such areas as vitality, immunity, and stamina, while also bolstering our longevity.

Although adaptogens are plant-based and classified similarly amongst each other, sharing some things in common, they somewhat differ from one another in terms of the effects they have on our bodies. Put another way, they can accomplish similar results, while going about effecting change via different m.o.’s. Besides licorice root, here are 10 other popular adaptogens:

One of the many noteworthy aspects of licorice root is that the root itself can be chewed and consumed without need for our grimacing – it has a pleasantly sweet flavor. Most people familiar with licorice know it as a candy, often found in the form of long, twisted strands regarded as the black-colored counterpart to the red, twisted, strawberry- or cherry-tasting strands branded as Twizzlers.

Licorice can also be consumed as a tea, in powdered form, or even raw. There’s also a form of licorice known as “DGL,” in which the glycyrrhizin is removed, with DGL being shown by at least one study as capable of suppressing a particular form of toxic bacteria, H. pylori, that has been linked to conditions such as peptic ulcer disease, heartburn, and gastritis, per healthline.com.

Licorice’s health benefits are significant and widely varied, and worth a deeper dive in this space. One important note of caution, though: any form of licorice root should be consumed, or “taken,” judiciously – not for extended periods of time. Otherwise, it can be too much of a good thing, with long-term or otherwise excessive consumption possibly leading to health problems.

Here’s a summary of licorice root’s worth as a health-regulating adaptogen: