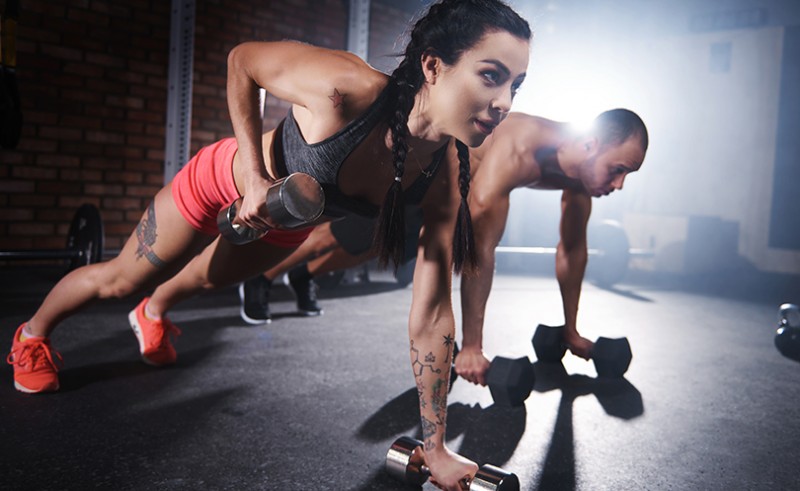 Even for those of you who do it all the time, exercise and intense competition can sometimes become a drag on the body, right? Those are the times to be thinking about a little “pick-me-up” that might help you run a bit faster, jump a little higher, do an extra set of lifts, or extend that endurance a little bit farther. Giving your athletic or workout performance a boost safely and legally should be atop your list of priorities, and creatine can help on all counts.

Over the last decade, creatine has gained leaps and bounds in popularity, in part because it is an easily accessible supplement that can provide some of the gains normally associated with performance-enhancing drugs, which can only be attained by a prescription and which, in many cases, have been banned for use by various sports legislative bodies.

Per webmd.com, creatine is believed to bolster muscle mass and assist athletes, such as powerlifters and track and field athletes, with added bursts of strength that can mean a big difference in competition. Creatine’s key component is creatine phosphate, which is instrumental in producing a substance known as adenosine triphosphate (ATP), which in turn supplies the energy used in the contractions of our muscles.

Creatine is available over the counter in several forms, including powder, tablets, energy bars, and drink mixes. Your body also produces creatine to some extent, but it is through supplementation that you can achieve an added boost, which also has been linked to improved sprint performance, as an aid in recovery from a tough workout or intense competition, and even for brain function, per bodybuilding.com. It’s no wonder that creatine is often mentioned as an anti-aging supplement as well.

Creatine is most closely associated with bodybuilding and strength training, which essentially are first cousins in the competitive world. The increase of muscle mass is one of the top priorities of bodybuilders, and extra strength comes in handy for powerlifters. It’s not used just by adults either, as many high school athletes use it as well as college and professional athletes – most commonly football players, hockey players, wrestlers, and gymnasts, per webmd.com, and you can figure many track and field athletes use it as well. Note: regardless your age or sport, or favorite form of recreational workouts, a talk with your physician about how best to use creatine, and in what quantities, is highly recommended.

Here is a summary of some of creatine’s best-known potential benefits, and the science behind much of this: