Knowing about Sneezes Is Nothing to Sneeze At 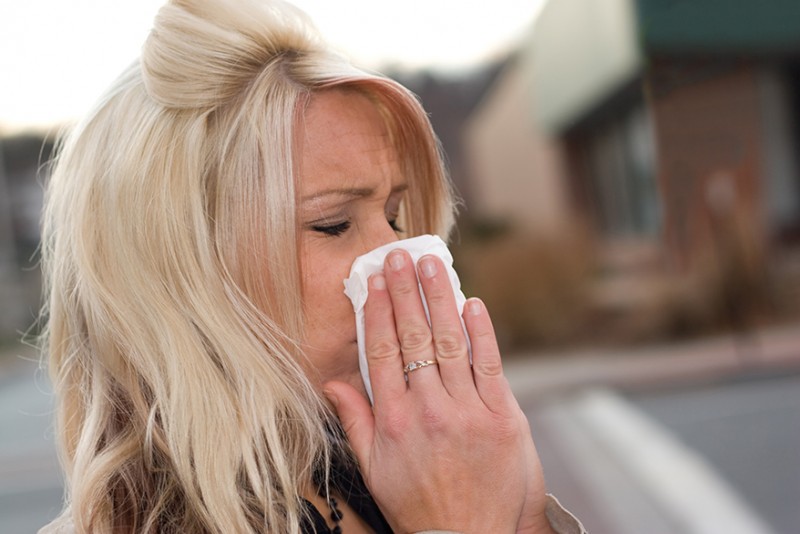 Sneezes are the funniest things, and not always of the humorous variety. Oh, sure, it can be funny when someone nearby tries unsuccessfully to stifle a sneeze, and the resulting gyrations and noise blast, even if muffled, elicit laughter all around. But it is no laughing matter when someone with a full sinus blasts out a sneeze—or a series of sneezes—without covering up. Shame on them.

There is a proper etiquette to sneezing, and it's not about covering your nose and mouth with cupped hands. Are you kidding? Stuff is still going to end up all over the place, spreading pellets of germ-filled mucous and saliva that has no business being launched into airspace shared by others. Grabbing a tissue, handkerchief, napkin, whatever to sneeze into is preferred. If no such thing is at arm's length, the second-best option is to sneeze into the crook of your arm at the bend of your elbow or into your upper sleeve, according to the Centers for Disease Control and Prevention (CDC).

Now that we have the yucky part of this sneeze business out of the way, let's take a brief look at what causes sneezes and what purpose they serve, and consider some of the assumptions and urban myths about sneezes worth discussion.

First, a few things about sneezes that are NOT true, just decades-old nonsense of indeterminant origin. Contrary to one such urban myth, your heart does not stop or skip a beat during a sneeze. What might happen, per a New York Times report referenced by huffingtonpost.com, is that the heart will slow down (barely) because of the deep breath most people take prior to a sneeze accompanied by the stimulation of the vagus nerve.

Also, if you can keep your eyes open while sneezing, you are not going to have an eyeball pop out. A sneeze can travel at 100 miles per hour—about the speed of a major-league pitcher's fastest fastball, but the force is not enough to jettison an eye—at least, not a natural eyeball. So relax. "While a person's blood pressure behind the eyes may increase slightly when he sneezes, it's not enough force to dislodge the eyeballs form the head," says Dr. Neil Kao, a South Carolina allergy and asthma specialist quoted by webmd.com.

On the other hand, there are strange things about sneezes that ARE true, such as the fact that exposure to sunlight can cause some people to sneeze. "Bright sunlight causes one out of three people to sneeze," says Patti Wood, author of "Success Signals: Understanding Body Language," quoted at webmd.com. "The light sneezers are called 'photics,' from the Greek meaning ‘of light.' And in fact, light sensitivity is an inherited trait -- just one more thing we can blame on our parents."

There's also the mystery of why sneezes occasionally come in groups of threes—often without warning, without apparent cause, without accompanying illness or related condition (i.e., cold, seasonal allergy) and without any residual effects. It is normal, however, to sneeze in threes, or twos, as it might take more than one attempt for our body to knock out the bad particles(s) trapped in our nasal passages that is triggering our sneeze mechanism.

Here are other causes of sneezes, which originate in our nervous systems and take different routes to and from the brain, which explains why different people experience sneezes in different ways:

If sneezing isn't your bag, there are measures you can take to reduce your chances of it reaching a point where the "a-choos" start coming. Here are some tips from healthline.com: