January is Glaucoma Awareness Month: Get Those Eyes Checked 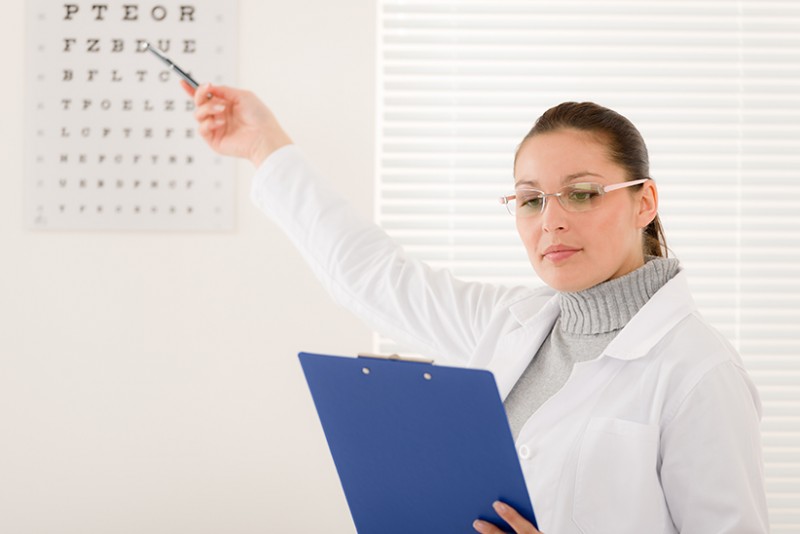 There are about four million people in America (and 60 million worldwide, per glaucoma.org) who have glaucoma, according to the Centers for Disease Control and Prevention (CDC), and about half of those that have it don't even know it. That could be you, which is why it's important to have your eyes thoroughly examined regularly by a properly certified healthcare professional, otherwise known as an eye doctor.

This doesn't just mean reading eye charts and getting a new prescription for lenses, it also means undergoing various tests for eye diseases, per webmd.com, such as a tonometry (as part of a comprehensive dilated-eye examination) that measures eye pressure, as well as visual field tests to see if you've lost sight, or peripheral vision. The brief discomfort of a "poof" of air to the eye is a small price to pay for knowing if you have an eye disease such as glaucoma.

The reason many people don't know if they have glaucoma is because in its early stages there are no symptoms or pain. It is generally recommended that anyone over the age of 40 and with a family history of the disease get an eye exam every one or two years. If you have a health issue such as diabetes, you might need to go more often.

Ethnicity can be a factor, as can age. Citing the National Eye Institute, the CDC says persons aged 60 and older, especially Mexican Americans, have an increased risk of developing glaucoma, as do African Americans 40 and over.

The most common form of glaucoma, "open-angle glaucoma," has no warning signs. The effect is so gradual, Mayo Clinic reports, that someone with the disease might not even notice a change until the disease is at an advanced stage. Early detection of glaucoma can mean that further vision loss can be slowed or even prevented. Most likely, though, those with it will need treatment for the rest of their lives.

Glaucoma is caused by damage to the optic nerve usually related to elevated pressure in the eye resulting from the buildup of aqueous humor, a fluid that flows throughout the eye. The disease tends to run in families; in some cases, certain genes relative to high eye pressure and optic nerve damage have been identified. Again, regular eye exams are in order, and not just this month because January is Glaucoma Awareness Month—this disease makes itself available 12 months a year.

The American Academy of Ophthalmology recommends glaucoma screenings every four years beginning at age 40, even if you don't have any glaucoma risk factors as described above. If you are at high risk or over 65, make it every two years for those exams.

Glaucoma's signs and symptoms vary depending on the type and other factors, such as what stage the disease is in, but for open-angle glaucoma, the signs can include, according to mayoclinic.org, patchy blind spots in your peripheral vision or central vision and tunnel vision in the advanced stages of the disease. Another type of the condition, acute angle-closure glaucoma, the symptoms can include the following:

Other forms of the disease include:

Remember, early detection is vital to slowing or stopping the disease's progression. If you haven't been to the eye doctor in a while—btw, you don't need to already be wearing glasses or contacts to know you should be seeing an eye doctor periodically—consider it a belated New Year's resolution. Go see an eye doctor, now.