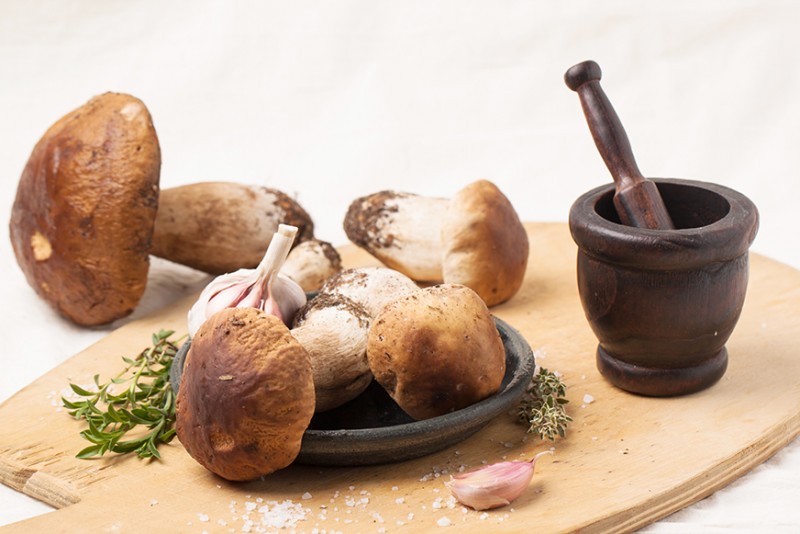 Mushrooms have been around a long time in the culinary world, and for good reason. They are tasty and go with about anything. In ancient times, they were reserved for royalty (in Egypt), and Romans were convinced that warriors gained strength from mushroom consumption. Thousands of years later, mushrooms have become an everyman’s delicacy, suitable for soups and salads as well as pizzas and entrees. More importantly, various types of mushrooms have proven to be effective in bolstering our immune system.

It’s no wonder mushrooms have been tabbed by health experts as a “super food.” The shiitake mushroom has even been called the “elixir of life,” according to naturalhealth365.com. Shiitake mushrooms contain both lentinan and AHCC. These are known immune system boosters, with the former classified as a virus inhibitor and the latter a beta-glucan. The beta-glucans boost the immune system’s T-cell levels, in effect reducing the body’s inflammatory responses often induced by factors such as stress, stimulants, an unhealthy diet or one of numerous other environmental issues.

Then there’s the reishi mushroom, whose ganoderic acids have been shown to reduce cholesterol, triglyceride levels, blood pressure and the risk of blood clots. Another of its substances, lanostan, is an antihistamine that has been pegged as a natural arthritis cure. Impressive.

The value of mushrooms, as a group, to societies has been as much medicinal as dietary. Their medicinal use dates back centuries as an Asian tradition, primarily, with such use gaining popularity and credibility in the Western world only since the last half of the 20th century. Extensive research has shown that a number of mushrooms consist, in part, of bioactive molecules that are anti-viral and anti-inflammatory as well as acting as antioxidants. Not only can they protect against viruses, they can reduce an illness’s severity in someone already sick, per draxe.com.

Here’s where things get really interesting about mushrooms, which, although assumed by many people to be a vegetable, is actually a fungus – a beneficial fungus at that. Scientists believe there are more than 100,000 varieties of mushroom species spread around the world, per draxe.com, although “only” 14,000 of the plant species have been identified.

Of course, not all of them are superfoods, nor are all of them safe to eat, as you might have guessed. There are approximately 300 edible species of mushrooms, per healthyeating.sfgate.com, of which 10 are grown commercially and form the bulk of what can be found in produce sections at groceries. Not only are many types of mushrooms a good source of the antioxidant mineral selenium, mushrooms as a whole are a rich source of copper, niacin, potassium, phosphorus, vitamin C, B vitamins, trace minerals, fiber, protein and iron. One important note: their nutritional value is greatly enhanced when they are cooked vs. eaten raw.

The shiitake and reishi mushrooms, already mentioned, have plenty of company in the extended mushroom family for strengthening the immune system. Here are several others:

Are you sick of getting sick, and are you feeling that an extra layer of immune system protection might be what the doctor ordered? Next stop, the produce section at your local grocery store.