How To Stop Leg Cramps 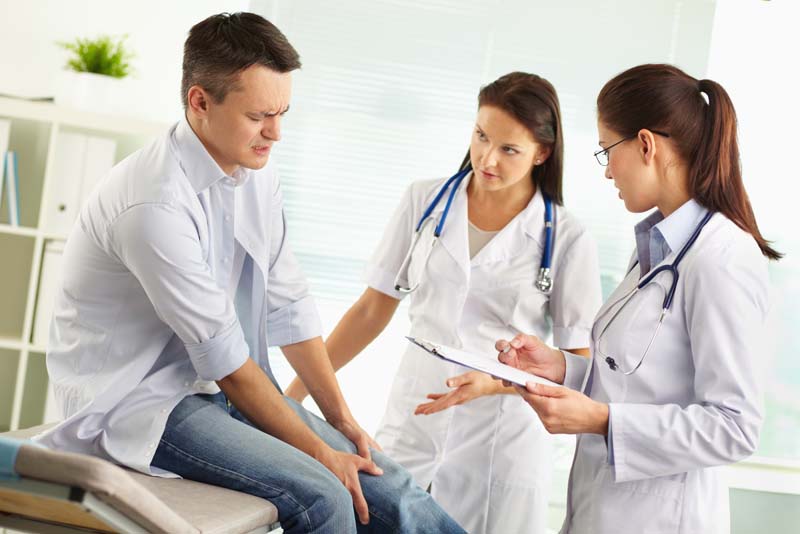 They usually arrive without warning; their causes include a shortage of key minerals in the bloodstream, overuse of muscles, exposure to cold, standing on a hard surface or sitting for a long time. And that's only scratching the surface. Many factors out there can lead to leg cramps, or muscle cramps, which can be as debilitating as they are dumbfounding.

A muscle cramp, code name Charley Horse, is described by webmd.com as a "strong, painful contraction or tightening of a muscle that comes on suddenly and lasts from a few seconds to several minutes." On its website, the Mayo Clinic says that while most muscle cramps are harmless, they could be a sign of an underlying medical condition such as inadequate blood supply or nerve compression.

"Leg cramps can be caused by many conditions, ranging from dehydration to something much more serious such as kidney disease," says Matthew Hyland, a physical therapist and New York Physical Therapy and Rehabilitation president, quoted at everydayhealth.com. "Cramps often result from vigorous exercise, trauma to the muscle or keeping the leg in an awkward position for too long, such as sitting in a crowded theater."

Getting your first leg cramp, or a similar muscle cramp in your thigh or a foot, is something you won't soon forget. One minute you're fine and the next you are on the ground writhing and groaning, hoping desperately, once you realize what's happening, to find an immediate solution to the acute pain. It feels like some invisible force is twisting or contorting your muscles in extreme ways for which they weren't designed. An unwitting onlooker might see this and wonder if the sufferer is losing his or her mind, or just overreacting to moderate discomfort. No and no.

When the cramp finally does subside, it's not like you are instantly transported back to the happy land of normal. Soreness and stiffness usually stick around as a reminder that a part of your body has just been through significant turmoil. The worst form of muscle cramps might be nighttime leg cramps, which usually hit either while you are falling asleep or waking up, producing a jolt that quickly takes you from dreamland to reality. At that point, as tired as you might be, sleep suddenly has become a lower priority than relieving the tormenting spasm.

"Once leg cramps set in, the best method to relieve them is movement, either walking around or simply jiggling or shaking your leg," Hyland says. "Things like pumping your ankles up and down or rubbing the muscles can help as well."

As abrupt as the arrival of muscle cramps can be, there are preventative measures you can take to help keep them from ever happening. Again, the suggestions are many and varied, and include such countermeasures as drinking plenty of water throughout the day, incorporating healthy amounts of fruits and vegetables in your diet, and supplementing that diet with vitamins and minerals that play a role in maintaining proper muscle function – in particular potassium and magnesium, as well as Vitamin E supplements or Vitamin B complex. As for the nocturnal leg cramps, the Cleveland Clinic suggests tactics such as gently stretching your leg muscles at bedtime; riding a stationary bike for a few minutes; keeping blankets and sheets loose around your feet so your toes don't get contorted; and, during the day, wearing properly fitted shoes.

Leg cramps don't discriminate, either. Men are as likely to get them as women are; ditto for famous athletes and anonymous weekend warriors. Leading up to his ballyhooed championship bout with Floyd Mayweather in May 2015, boxer Manny Pacquiao, while in training, was for a long time beset by leg cramps that he and his camp said hindered his preparation, as reported by CBS Sports. As a fighter known for depending on his superior speed inside the ring, Pacquiao was determined to find an antidote for his leg cramps, at one point resorting to an anti-inflammatory cream that was applied to his calves – at a cost of $1,800.

Here's hoping your antidote for the next time you get a miserable muscle cramp isn't so expensive.