How to Keep from Getting/Spreading the Flu 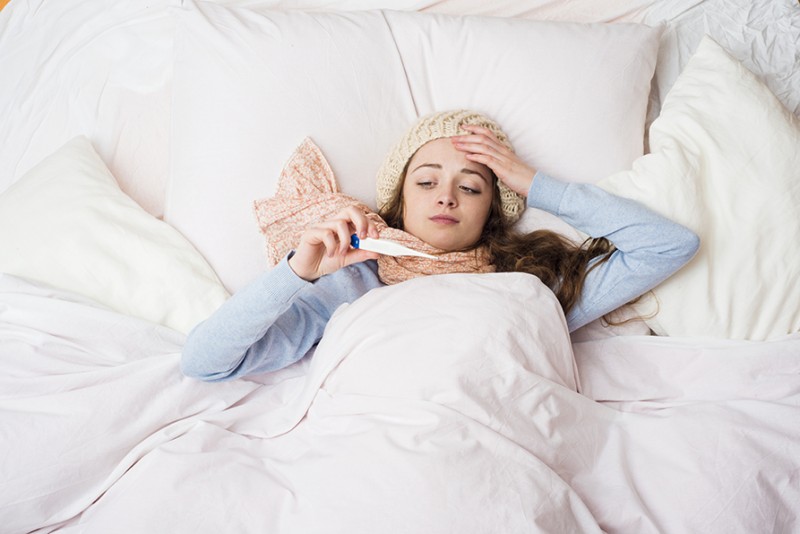 From year to year, we’re never sure how bad that year’s strain of flu will be or even if the latest version of a vaccine will be sufficiently effective. One thing we can count on, though: some form of influenza will hit our shores, and it will be largely up to us to protect ourselves from getting the flu. It is also our duty to take measures to keep it from spreading to others if we are unlucky enough for the flu to catch us (vs. our catching it).

As we move deeper into fall with winter just over two months away, our exposure to the flu virus increases, and “flu season” often continues into spring. What is the flu? It’s a super-contagious virus that makes us feel miserable, with symptoms more numerous and severe than the common cold’s typical sneezes and stuffed-up nose.

Influenza viruses are found in body fluids such as saliva and mucous. Infection occurs when “viruses attack host organisms through epithelial cells of the nose, throat and respiratory system,” per 3dscience.com.

Colds are annoying; the flu is serious business. Since 2010, per webmd.com, between 12,000 and 56,000 people in the United States have annually died from the flu, with 9 million to 35 million Americans each year getting sick from the flu.

When we contract the flu, symptoms usually appear quickly instead of developing slowly over time. Typical flu symptoms include high fever, headache, muscle aches, cough, sore throat, and tiredness. Other symptoms could include runny or stuffy nose – which is why flu often gets confused with a cold – as well as chills, nausea and, ugh, vomiting.

How bad will the 2017-18 flu season be? Who knows? “Whether a season will be mild or severe is very difficult to predict. Flu is fickle,” says Dr. William Schaffner, medical director of the National Foundation for Infectious Diseases, per webmd.com.

Here are some things worth knowing about the flu:

One thing that never gets old: reminding yourself of the measures you should take at the onset of flu season to keep from getting or even spreading the virus. Many of the suggestions are good for year-round hygiene, but especially helpful this time of year and the six months or so that lay ahead: