How to Fend off the Allergy Season Onslaught 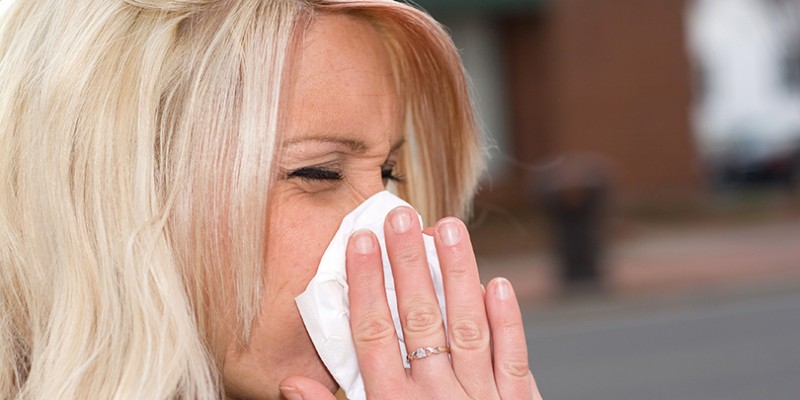 Spring has sprung, and, with it, tear ducts across America are starting to gush once again. Spring allergy season has arrived, and if annual sufferers aren’t feeling the symptoms yet, they soon will be.

Those of you in the know – from personal experience – know what we’re talking about – itchy, watery eyes; lots of sneezing; and probably a runny nose accompanied by congestion. It can feel something like a cold, only worse, in part because it tends to stick around for several weeks, if not a month or two.

It isn’t just one culprit, either. Depending on what part of the country in which you live, tree pollen usually is the first allergen to arrive, typically showing up sometime between late March and early April. That’s often to be followed by grass pollen (May), weed pollen (most prevalent in the summer), and then ragweed pollen from summer to the first frost in the fall, per womenshealthmag.com.

Pollen is the biggest trigger for allergies, also known in laymen’s terms as hay fever and in more scientific terms as rhinitis. Pollen consists of miniscule grains that are released by trees, grasses, and weeds so as to fertilize other plants. Once they make their way into the nostrils of people, they tend to set the body’s defenses into overdrive.

Your immune system reads the pollen invaders as a threat and, in defensive mode, send out antibodies to counter attack the allergens. This in turn releases chemicals known as histamines into the bloodstream, and it is the histamines that produce the runny nose, itchy eyes, and the other typical allergy symptoms, such as coughing and dark circles under your eyes. Now you know why some allergy medications are known as ‘antihistamines.’

9 Products or Strategies to Ward off Allergies

Anyone who has suffered through spring allergies know how miserable it can make you feel 24/7. It’s not just the symptoms mentioned earlier – even without allergy medication that can make you lethargic and make driving ill-advised – allergies can sap your energy and make even routine household tasks and work assignments a struggle, for weeks on end. Even getting a good night’s sleep becomes a battle.

Once you have been through your first go-round with spring allergies, you will be motivated to find and try out various measures to help you through the hard times. Here are nine such suggestions, keeping in mind that a consultation with your physician is always advisable: