How To Control Blood Sugar Naturally 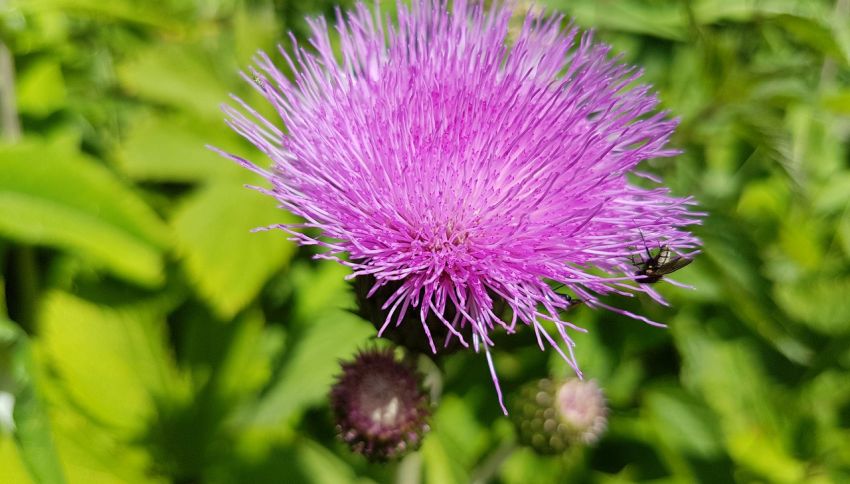 The National Institute of Health, the World Health Organization and others believe that people with prediabetes or type 2 diabetes often lack adequate levels of many vitamins and minerals and that is a consequence of poor eating habits. Supplementation can correct some of these deficiencies and help restore normal blood sugar levels. They also complement a healthy diet and exercise. 7 supplements that have shown promising results for maintaining proper blood sugar levels: Berberine, chromium, resveratrol, alpha-lipoic acid, vitamin D, magnesium and silymarin milk thistle.

The following are excerpts from the National Institute of Health:

1. Berberine. Berberine has been shown to regulate glucose and lipid metabolism in vitro and in vivo. Berberine is a potent oral hypoglycemic agent with an effect on lipid metabolism. It is safe and the cost of treatment by berberine is very low. It may serve as a new drug candidate in the treatment of type 2 diabetes. Berberine has been shown to have antidiabetic properties, although its mode of action is not known. Here, we have investigated the metabolic effects of berberine in two animal models of insulin resistance and in insulin-responsive cell lines. Berberine reduced body weight and caused a significant improvement in glucose tolerance without altering food intake. Berberine down regulated the expression of genes involved in lipogenesis and upregulated those involved in energy expenditure in adipose tissue and muscle. Berberine treatment resulted in increased AMP-activated protein kinase (AMPK) activity in 3T3-L1 adipocytes and L6 myotubes, increased GLUT4 translocation in L6 cells in a phosphatidylinositol 3' kinase-independent manner, and reduced lipid accumulation in 3T3-L1 adipocytes. These findings suggest that berberine displays beneficial effects in the treatment of diabetes and obesity at least in part via stimulation of AMPK activity.

2. Chromium. “Chromium is known to enhance the action of insulin, a hormone critical to the metabolism and storage of carbohydrate, fat, and protein in the body. In 1957, a compound in brewers’ yeast was found to prevent an age-related decline in the ability of rats to maintain normal levels of sugar (glucose) in their blood. Chromium was identified as the active ingredient in this so-called “glucose tolerance factor” in 1959. Chromium also appears to be directly involved in carbohydrate, fat, and protein metabolism, but more research is needed to determine the full range of its roles in the body.”

3. Resveratrol. “Resveratrol was also demonstrated to induce effects that may contribute to the protection of β cells in diabetes. In experiments on pancreatic islets, the ability of resveratrol to reduce insulin secretion was demonstrated; this effect was confirmed in animals with hyperinsulinemia, in which resveratrol decreased blood insulin levels. Moreover, inhibition of cytokine action and attenuation of the oxidative damage of the pancreatic tissue by resveratrol were recently shown. Studies of animals with insulin resistance indicate that resveratrol may also improve insulin action. The mechanism through which resveratrol improves insulin action is complex and involves reduced adiposity, changes in gene expression, and changes in the activities of some enzymes. These data indicate that resveratrol may be useful in preventing and treating diabetes.”

4. Alpha Lipoic Acid. “ALA inhibits nuclear factor kappa B and activates AMPK in skeletal muscles, which in turn have a plethora of metabolic consequences. These diverse actions suggest that lipoic acid acts by multiple mechanisms, many of which have only been uncovered recently. In this review we briefly summarized the known biochemical properties of lipoic acid and then discussed the oxidative mechanisms implicated in diabetic complications and the mechanisms by which lipoic acid may ameliorate these reactions. The findings of some of the clinical trials in which lipoic acid administration has been tested in diabetic patients during the last 10 years are summarized. It appears that the clearest benefit of lipoic acid supplementation is in patients with diabetic neuropathy.”

5. Vitamin D. Most everyone in the medical community would agree that adults should be getting 5000 IU of vitamin d per day. However, our bodies will produce apx. 20,000 – 30,000 iu in 30 minutes of full sun and full exposure. Persons with diabetes are at significant risk for vitamin D insufficiency or deficiency. Reasons for this include diet, lack of sun exposure, obesity, renal impairment, and genetic predisposition. “The mechanisms whereby vitamin D may impact on the development and management of diabetes are important areas of research. It has been reported that insulin secretion is dependent upon vitamin D in animals and isolated islets.32 It has also been reported that vitamin D deficiency reduces insulin secretion.”

6. Magnesium. The evidence is in, if you want to prevent type 2 diabetes, proper intake of magnesium is critical. Some estimates are up to 80 percent of Americans are not getting enough magnesium and may be deficient. “Diets with higher amounts of magnesium are associated with a significantly lower risk of diabetes, possibly because of the important role of magnesium in glucose metabolism. Hypomagnesemia might worsen insulin resistance, a condition that often precedes diabetes, or it might be a consequence of insulin resistance. Diabetes leads to increased urinary losses of magnesium, and the subsequent magnesium inadequacy might impair insulin secretion and action, thereby worsening diabetes control.”

7. Milk Thistle. “The extracts of milk thistle have been considered as medical remedies since the time of ancient Greece and are now widely used as an alternative medication. It is derived from Silybum marianum (milk thistle), an edible plant; it is native to the Mediterranean and grows all through Europe and North America and in India, China, South America, Africa, and Australia. The mechanisms of action in silymarin are not fully understood. Silymarin possesses antioxidant activity. It inhibits lipid peroxidation, prevents glutathione depletion, and activates antioxidant enzymes that protect DNA from degradation.”